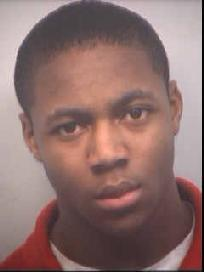 In a particularly horrendous story out of Georgia, the Atlanta Journal-Constitution reports today on the death of a 17-year-old in solitary confinement in a small-town jail last year. The teen’s mother has now named the town, its police department, the jail’s nurse and doctor, and four correctional officers in a federal lawsuit claiming wrongful death and civil right violations, based on allegations that her son’s serious medical condition was ignored.

Fabian Avery III weighed 153 pounds when he was transferred from the Fulton County jail in late February 2011 to alleviate overcrowding. The 17-year-old was found dead nearly a month later in an isolation cell at the Mize Street Municipal jail in the south Georgia town of Pelham, his 6-foot-1-inch frame shriveled to 108 pounds, according to reports…

Avery died of appendicitis and complications from a bowel obstruction, according to investigative documents compiled by the GBI [Georgia Bureau of Investigation].

He had been arrested in December 2010 on armed robbery charges and was transferred to Pelham on Feb. 15, 2011.

The complaint claims that Avery first reported being ill on Feb. 24, 2011 and was given minimal attention. While he complained of nausea, stomach pains, vomiting and lower back pains, as well as frequently vomiting and defecating on himself, the lawsuit claims jail staff did little to help get Avery the necessary care…

Avery was found dead on the morning of March 18, on a mattress on the floor of his 6-by-10-foot isolation cell.

According to the AJC, the GBI’s investigation found that the teenager had been placed in “the hole” after he first reported being sick, “because he began frequently soiling himself and not cleaning up or showering.” The jail’s nurse reportedly “suggested that Avery might have been faking some of his symptoms,” despite his apparent extreme weight loss.

The defendants’ attorney told the AJC: “This is an unfortunate case…If [the jail staff] had any indication that he needed any more medication, it would have been provided.”