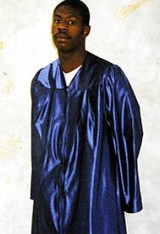 On April 26 of this year, John Carter died in his solitary confinement cell at State Correctional Institution (SCI) Rockview in central Pennsylvania. According to accounts by other men imprisoned on his cell block, Carter’s death followed a violent “cell extraction” in which corrections officers used pepper spray and stun guns, though the Pennsylvania Department of Corrections makes no mention of such actions in its official statements, and state police have yet to interview inmate eyewitnesses.

In 1995, John Carter took part in a robbery that resulted in the murder of one man in Pittsburgh, Pennsylvania.  He was sixteen at the time, and was convicted of second-degree felony murder. In Pennsylvania, which has more juvenile lifers than any other state, his conviction meant a mandatory life sentence without the possibility of parole. (Under the Supreme Court’s June 25 ruling, in Miller v. Alabama, that mandatory life sentences without parole for juveniles were unconstitutional, Carter would likely have had his sentence reconsidered, had he lived to see the day.)

At some point during Carter’s sixteen-year imprisonment, he was placed on what’s called the Restricted Release List, a form of indefinite solitary confinement that can only be ended with approval by the Secretary of the Department of Corrections. Jeffrey Rackovan, the Public Information Officer at SCI Rockview, admitted that this designation meant John could have “spent the rest of his life in solitary confinement.” Before his death Carter had spent the last ten to eleven years in solitary. According to prisoner reports he had been known to break the rules of his unit in order to share food, hygiene items, and writing utensils with newcomers to his block, and adamantly used both the grievance process and legal system to challenge acts of abuse and retaliation by prison staff.

On April 27, the Pennsylvania Department of Corrections issued a press release announcing that John Carter had been found “unresponsive in his cell” the day before. Reports from the unit soon began to reach Carter’s family and the Human Rights Coalition, a Pennsylvania-based prisoner advocacy and abolitionist organization. The reports explained that Carter had been subject to a cell extraction on the day of his death after a dispute with guards who refused to issue him a food tray instead of nutraloaf, a dense, unpalatable substance issued as punishment in place of meals. The cell extraction was the second Carter had been subjected to that week, during which guards entered his cell in full riot gear, armed with OC spray and electroshock weapons.

The statements from prisoners explained a brutal scene, with excessive amounts of pepper spray being pumped into Carter’s cell so as to flood the whole tier with the choking gas. According to prisoner accounts, guards then broke down the door to the cell and proceeded to shock Carter seven times with electroshock shields and guns. Many of the reports end with Carter being dragged from his cell, paramedics arriving 10 to 15 minutes later, and an unresponsive Carter being removed from the block. He was pronounced dead at Mount Nittany Medical Center a short time later.

Andre Jacobs, a jailhouse lawyer housed on the same block as John wrote a five page declaration detailing the events of that day. Many others sent in the story as they heard and saw it, all of them asserting that John Carter was “murdered . . . here in this RHU torture zone, where guards come on the tier calling people racial slurs.”

The press statement released by the Department of Corrections made no mention of a cell extraction, or any confrontation at all occurring on the day of Carter’s death. Reports from inside the prison claimed that superintendent Marirosa Lamas came to the Restricted Housing Unit tier the night of John Carter’s death alleging that he had committed suicide, an assertion never made to the public. But officials first claimed that no cell extraction took place the day of Carter’s death, then that there was an extraction but no video footage, and finally that an extraction took place but the footage may have been “damaged.”

Because Carter died from what was considered unnatural causes, the Pennsylvania State Police were brought in to investigate his death.  By May 10th the police had released a statement that notes John Carter was found “unresponsive in his cell,” but goes on to describe that he had “barricaded himself in his cell and refused numerous orders” which precipitated “the DOCs response to the inmate’s cell.” The statement goes on the say that autopsy reports were “inconclusive” and evidence had indicated “no foul play” in Carter’s death. Once again no mention was made of the use of pepper spray or electroshock weapons.

Calls to the state police were met with the assurance that a “thorough” investigation would be carried out. However, according to statements from prisoners held on John Carter’s block, not one of them was ever questioned as to the events of April 26.

Jeffrey Rackovan told Solitary Watch that the prison had “done its part” in the investigation, handing over video footage and allowing investigators to enter the prison. Rackovan noted that investigators surely spoke to those they “needed to”–the “officers involved in the extraction.” He also assured that John Carter’s cell had been inspected, though numerous prisoner reports claim that it was thoroughly cleaned shortly after Carter was removed.

According to advocates at the Human Rights Coalition, the investigation carried out by the state police fits within a general pattern of refusal by state authorities to investigate and prosecute the alleged crimes of prison guards and officials against the prisoners in their care. No statements have been made by the State Police since May 10.  Toxicology reports from the coroner’s office are still forthcoming more than two months after John Carter’s death.

John Carter’s family is not satisfied with the investigation thus far and are resolved to find justice in his death. They arranged for a second autopsy, and filed a criminal complaint with the Center County District Attorney, Stacy Parks-Miller, in June. As a response the DA’s office is now overseeing the investigation carried out by the State Police, but has released no further information on its progress. When contacted, Ms. Parks-Miller’s office would not respond with any comment on the investigation.

John Carter’s sister, Michelle Williams, explained in a May 7 interview with me for Rustbelt Radio that she wants justice not only for her family but for all of the other families with loved ones inside of Pennsylvania prisons. “Just because they are in jail,” she said, “doesn’t mean you can treat them as anything else but human.” Listen to the full radio report here.