Incarcerated for over 17 years, “Mysterious Offender” (M.O.) has spent over 16 of those years in isolation units in Oregon, Oklahoma, and New Mexico. Corresponding with Solitary Watch for nearly 4 months, he has recounted his 12-year incarceration in Oregon’s isolation units. He has said he suffers “significant impairment from isolation.” The following is a portion of a series of writings entitled “Exiled in Purgatory.” — Sal Rodriguez 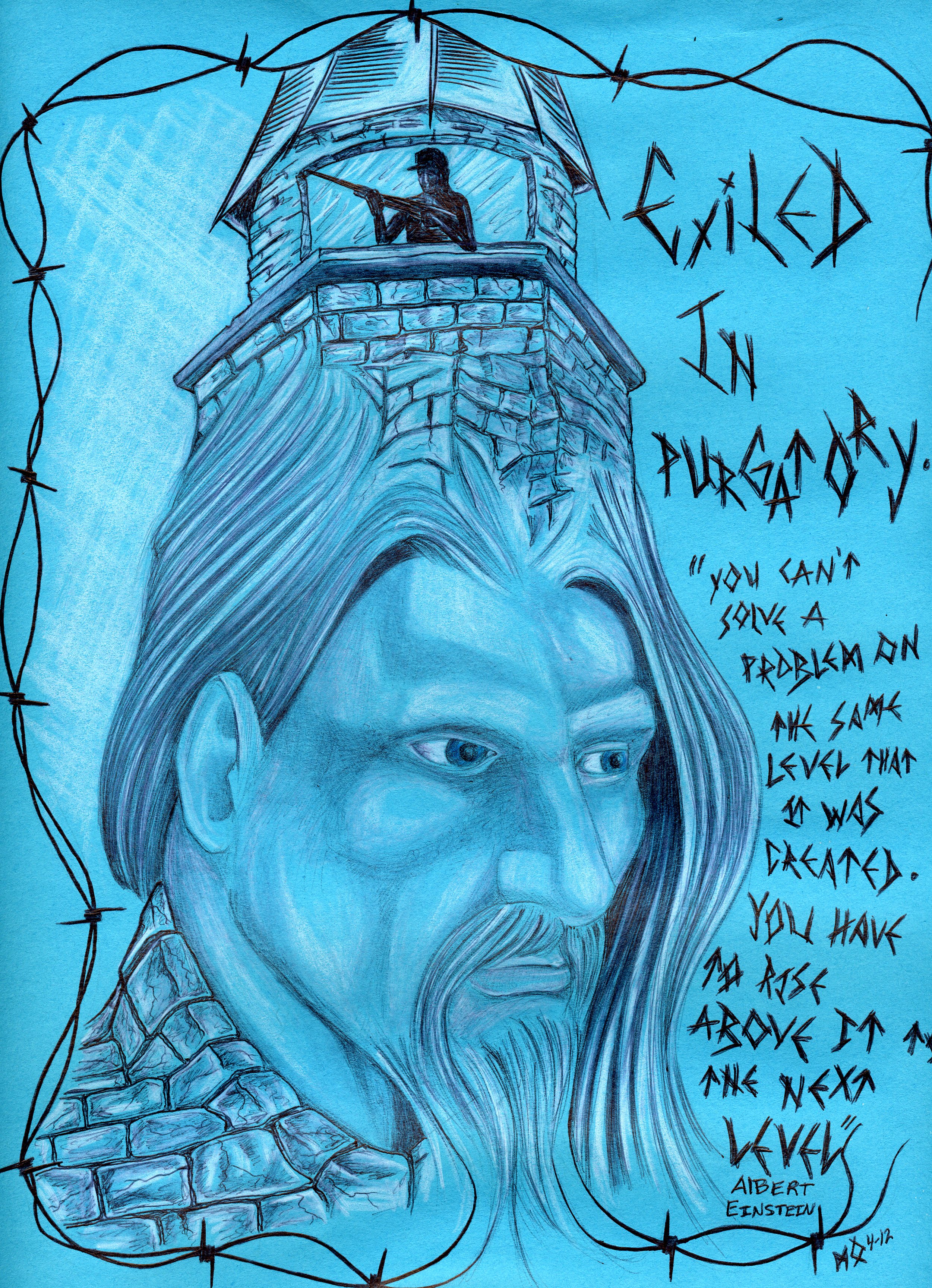 In 2009 I had been in prison for 15 years. My attorney hired a nationally well-known expert to examine me and determine how I had adjusted to incarceration. He gave me 34 tests, over three days, many of which can detect the  faking of mental health disorders. He concluded I suffered from Post-Traumatic Stress Disorder (PTSD). He stated in his written report:

“Further witnessing several murders, suicides, and general mayhem before and after his incarceration likely exacerbated his pre-existing PTSD symptomatology. His PTSD appears to be chronic from the TSI data.” [SW note: The TSI is the Trauma Symptom Inventory.]

I’ve since learned, from other prison psychiatrists that PTSD is common in prisoners who have spent many years incarcerated. It is akin to serving several tours in a war zone. People become hypersensitive and you can literally feel the stress and tension on people. I’ve known it for years but didn’t know it was PTSD.

Does the prison provide treatment? Aside from wanting to put you on medication, No. They tell me if I need treatment I have to tell them what I need…and chances are they don’t have it.

I have to wonder why the US continues down the path of failing prisons that they know makes people worse, then sends them back into the world none the better.

I constantly worry how I will function in general population, let alone the free world. The U.S. has more prisoners than any other nation on earth. Why is that? Why is the “land of the free” also the “land of prisoners”?