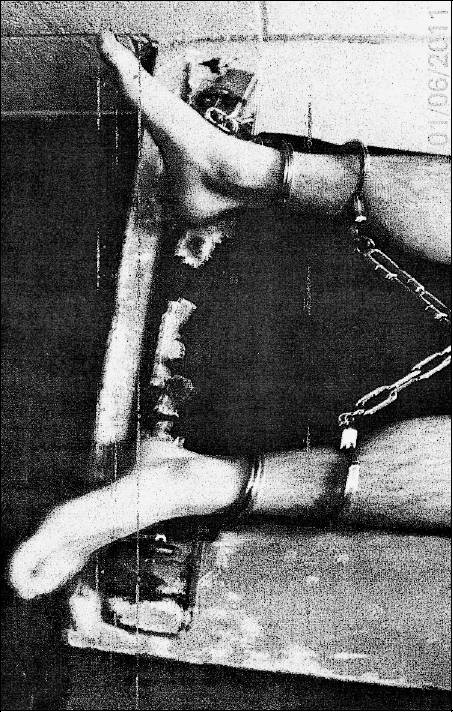 In what promises to be “the first in an occasional series of columns and editorials on mental illness and Michigan’s criminal justice and mental health care system,” the Detroit Free Press has published a powerful piece by Jeff Gerritt on the fate of prisoners with mental illness, who end up languishing in solitary–or worse.

Many of these prisoners end up among the thousand or so held in administrative segregation in Michigan. “MDOC administrators acknowledge that the percentage of prisoners with mental illness in segregation is probably higher than in the overall population. Prisoners in segregation are handcuffed when they leave their cells, eat off serving trays pushed through the slots of steel doors, and generally lack the few privileges extended to those in general population, such as telephone calls, contact visits and television. Some stay in segregation for months, even years.”

Gerritt leads with the story of one young prisoner whose symptoms of untreated mental illness landed him in solitary, and eventually shackled to his bed.

Diagnosed with bipolar disorder when he was 11, inmate No. 608233 had languished in solitary for four months, sometimes without the psychotropic medication his psychiatrist prescribed. Normally 5-foot-10 and 171 pounds, he had lost 25 pounds.

Officers ordered DeMott to stop banging his head, but he continued.

After DeMott told officers who tried to restrain him that they would have to kill him, he was hit twice with pepper spray, then manacled in belly chains and leg irons, according to a critical incident report. Soon after, prison authorities charged him with disobeying a direct order, resulting in 30 days’ loss of privileges.

Too often, the Department of Corrections punishes instead of treats mental illness. Michigan’s 32 prisons hold thousands of mentally ill inmates, including as many as 200 isolated in segregation cells, where they are locked up for 23 hours a day, or longer, unable to participate in treatment programs, and sometimes cut off from the medications prescribed to help manage their illnesses.

It’s an insidious cycle: Mentally ill inmates act out and exhibit unstable or destructive behavior. Prison officials respond by further restricting their movements and their opportunities to get treatment.

“We don’t control who comes to us,” said Russ Marlan, administrator of MDOC’s executive bureau.