Our Father Who Art in Prison 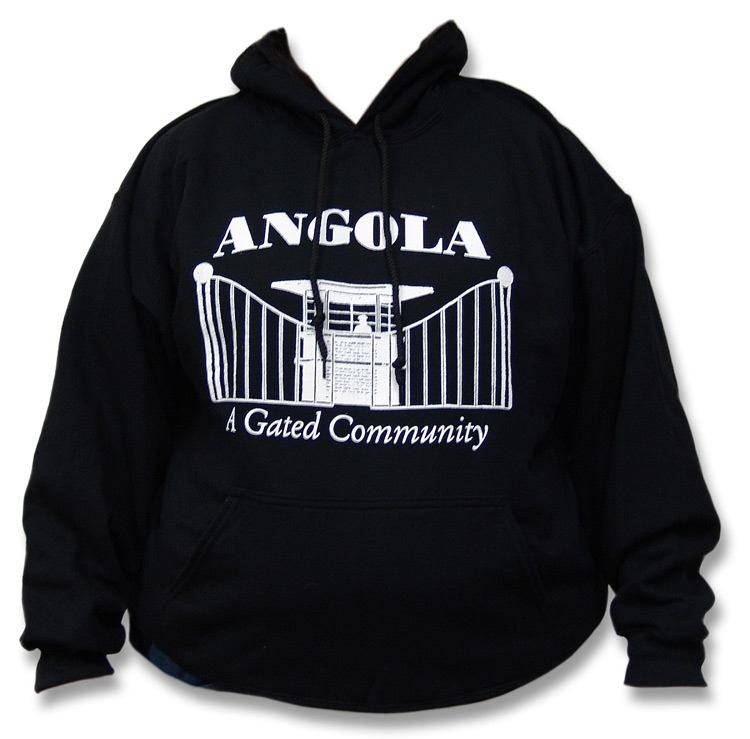 You sometimes have to wonder why the state of Louisiana doesn’t just transform Angola prison into a year-round Christian camp meeting. As I’ve written before, under the tutelage of Warden Burl Cain, Angola has become a place where the only kind of rehabilitation on offer is Christian redemption.

I respect any kind of spiritual life prisoners might turn to for guidance or comfort. But pushing a particular doctrine on the ultimate captive audience is something else altogether. Fifteen years after Cain’s arrival at Angola, there are seven evangelical churches on the prison’s grounds. Its educational programs, inmate organizations, and to some extent even the venerable prison publication The Angolite are all dominated by a Christianity that leans powerfully toward the Southern Baptist Church. At today’s Angola, being a self-proclaimed Christian–or better still, becoming a convict preacher–appears to be the best way to gain the kinds of special privileges that make prison life more bearable. Anyone who isn’t interested is free to rot in a hell on earth–presumably in preparation for their eternal fate, since few men emerge from Angola’s gates alive.

Yet the press tends to eat this stuff up, celebrating Burl Cain as a visionary who has transformed hardened criminals into hard-working, God-fearing souls. He has done this by governing the 5,000-man prison plantation, as one Baptist publication put it, “with an iron fist and an even stronger love for Jesus.”

The latest homage to Cain appeared Saturday in USA Today, in anticipation of Father’s Day. It seems that the warden has instituted programs to help prison dads–that is, some prison dads–spend more time with their kids. Lest anyone think this is being done simply to bring some humanity or even joy into the lives of prisoners and their families, the article reminds us that it also serves a sociological purpose.

More than 1.7 million children across the USA have a parent in U.S. prisons, according to the Bureau of Justice Statistics. The number of children with a father in prison grew by 77% from 1991 through mid-2007. And those children are two to three more times likely to wind up behind bars themselves, says Christopher Wildeman, a University of Michigan sociologist who has studied the effects of imprisoned parents.

To try to snap that trend, Angola and other prisons across the country sponsor two programs aimed at reconnecting prison dads with their children: Returning Hearts, a day-long carnival-like celebration where inmates spend eight hours with their kids, and Malachi Dads, a year-long training session that uses Bible passages to help improve inmates’ parenting skills.

Inmates must show good behavior to participate in the programs, Warden Burl Cain says. Once they feel reconnected to their family, their attitudes improve, he says. Around 2,500 inmates have participated in Returning Hearts since it began in 2005. Malachi, which started in 2007, currently has 119 men.”The ones who were problematic before are not problematic anymore,” Cain says. “Prison didn’t straighten them out; their kids straightened them out.”

I am all for encouraging more contact between prisoners and their kids. And technically, only one of these programs requires inmates to be Christians; the other simply requires “good behavior.” But former prisoners have told me that at Angola, the shortest route to proving good behavior runs straight through the alter. If you have not embraced Jesus–and specifically, Cain’s Jesus–things can be quite a bit more difficult.

Kenny “Zulu” Whitmore has been at Angola for three decades, and spent most of them in solitary confinement. Like the members of the Angola 3, Whitmore was active with the Black Panthers in the 1970s, and believes his relegation to permanent lockdown has to do with his political beliefs. The unit where Whitmore resides is called CCR–Closed Cell Restricted–which is Angola’s name for long-term solitary confinement.

Prisoners in CCR have no opportunity to spend long days with their children on Angola’s spacious ground. But they are supposed to have access to a limited numbers of “contact visits” with their families–which simply means they can sit with them in a guarded room, not separated by bars or glass. According to a recent post on the blog maintained by Whitmore’s friends, even these visits do not always take place as planned.

Recently inmates housed at Louisiana Penitentiary’s CCR…units have been denied normal contact visits and privileges. Even after contact visits have been approved and some visitors have travelled across the country at considerable expenses…Inmates at LA State Prison are allowed ten (10) people at any time on their Approved visiting list. This list constitutes those individuals who have completed the prison’s necessary paperwork and who have submitted to a comprehensive police background check. Upon acceptance the applicant is listed on the inmate’s approved visiting list and may then visit up to 2 times a month…

Contact visiting is the normal policy for inmates at Angola. Only those inmates assigned to punitive housing units are restricted to non-contact visits. While CCR is a non-punitive housing unit, CCR inmates are allowed only 2 contact visits a month. All other visits received in a month by CCR inmates are held in CCR’s non-contact visiting booths (small, closet like spaces with inmates and visitor separated by a thick mesh screen). The reason given for this policy is the lack of visiting space for large numbers of contact visits on the RC CCR unit…Consequently, only 5 contacts may be scheduled each visiting day for the roughly 90 inmates housed in CCR.

Given such limited space for contact visits at CCR the units policy requires inmates to submit requests for approval often months in advance to reserve an available date. When a CCR inmate submits a request for contact visitation he is merely reserving a date. On that date any visitor from his visiting list who arrives – up to a total of 5 – may enjoy a visit under normal contact visiting procedures. This requirement is merely to insure that no more then 5 contact visits are scheduled for any visiting day. CCR inmates are NOT required to also seek approval for those visitors, since they are already on the Approved visiting list.

Whitmore claims that in some cases, “Visitors, upon arriving at Louisiana State Prison are being allowed into the prison–but upon arrival at the CCR unit–being denied a contact visit and forced into non contact visiting booths” because, they are told, they lack the proper approvals. So for these fathers and sons, mothers and wives, there will be no heartwarming family reunions, except in adjoining boxes across a wire screen.

7 thoughts on “Our Father Who Art in Prison”