Michelle Ortiz was serving one year at the Ohio Reformatory for Women, a state prison in Marysville, when she was molested by a male guard. A recent article in the Columbus Dispatch describes what happened next:

When Ortiz reported the first assault to prison official Paula Jordan, the official told the inmate that the male guard was being transferred from the facility and was “just a dirty old man.” That same evening, the male guard assaulted her again.

Rebecca Bright, another prison official who launched an investigation, ordered Ortiz placed in solitary confinement, where she was handcuffed. Bright reportedly argued that Ortiz was talking about the incident with other inmates.

Other accounts were more specific: In the first assault, Ortiz was “fondled” by the guard, who then told her “I’ll get you tomorrow, watch.” In the second, which took place after she had appealed for help, the guard returned while Ortiz was asleep and raped her. The assaults took place back in 1996. Subsequently, Ortiz sued both prison officials in federal court for doing nothing to protect her from the guard and punishing her instead. A jury awarded her $625,000 in damages.

But Bright and Jordan appealed the verdict, and the U.S. 6th Circuit Court of Appeals “ruled 2-1 that the prison officials had qualified immunity, shielding them from paying damages” to Ortiz. The third judge, however, issued an outraged dissent. As the AP reported:

It is extremely rare for a prison inmate’s civil rights complaint to overcome preliminary legal obstacles and persuade a jury there was a violation, said Judge Martha Craig Daughtrey, the dissenting appeals court judge. Given the statistics, Daughtrey said, “I view this result as a legal travesty.”

The evidence against Bright and Jordan was strong, she said. “The majority’s decision to overturn the jury’s verdict strikes me not just as an unfortunate result in this case, but as one that is thoroughly senseless.”

Against the objections of Ohio Attorney General Richard Cordray, the U.S. Supreme Court–also not known for its sympathy to “prison inmate’s civil rights complaints”–has now agreed to review the case, and will hear arguments in the fall.

The wheels of justice move slowly, when they move at all. Back in 2003, the organization Stop Prisoner Rape–now renamed Just Detention International–published a report on the sexual abuse of prisoners by guards at the Ohio Reformatory for Women (ORW) Alerted to the problem by a prison psychiatrist, Stop Prisoner Rape (SPR) interviewed several staff whistleblowers, as well as prisoners, and discovered a “climate of abuse.”

Inmates described a range of incidents, including violent encounters, threats and pressure to submit to sexual advances, trading sex for goods and favors, and relationships that were seemingly consensual. However, for women under near-total control of prison staff, the concept of “consenting” to sex is virtually meaningless (and Ohio law reflects this). The problems arising from this power imbalance are compounded by the past history of sexual abuse that many female inmates have endured.

SPR learned that women who report sexual misconduct are routinely sent to solitary confinement, unusually harsh conditions in the hole at ORW may compound the trauma. This use of isolation emboldens perpetrators who know that the practice discourages women from reporting abuse.

SPR concluded that the problem was compounded by the Ohio prison system’s “instututional response”–or lack of it. They found a “culture of silence and denial” at the Ohio Department of Rehabilitation and Correction that began its director, Reginald Wilkinson. Head of the sixth-largest prison system in the country,  Wilkinson “repeatedly made public statements denying that any problem exists and discouraging suggestions for reform,” including the Prison Rape Elimination Act (PREA), which was passed unanimously by Congress in 2003. In an op-ed opposing the legislation, Wilkinson argued that the data on prison sexual assaults was “highly exaggerated” and based on “disingenuous data (self reporting).”

While investigating allegations at the Ohio Reformatory for Women, SPR interviewed Warden Deborah Timmerman. According to SPR’s report:

Timmerman-Cooper confirmed that prisoners who complained of sexual abuse were transferred to segregation, losing their privileges while there. She justified this policy by saying that it was necessary in order to protect the inmate while officials investigated the incident, but could not explain why those inmates should be stripped of basic privileges and locked in isolation for 23 hours a day….

In summary, SPR has found extensive and credible evidence that an environment consistently conducive to sexual abuse exists at the Ohio Reformatory for Women and that a pattern of abuse may exist at other Ohio women’s facilities…

The isolation and punishment of inmates who report sexual assault is a practice that punishes victims and encourages staff misconduct. In Ohio, it is a policy that has fostered a climate of abuse and intimidation and undercut respect for human rights.

This happens to be a pivotal moment in the effort to combat the epidemic of sexual assaults in detention. The National Prison Rape Elimination Commission, which was created by the PREA in 2003, has issued recommendations for a new set of national standards to address the problem. As David Kaiser and Lovisa Stannow wrote earlier this year in their two excellent articles in the New York Review of Books on prison rape and how it can be stopped:

One of the most pernicious myths about prisoner rape is that it is an inevitable part of life behind bars. This is simply wrong…In well-run facilities across the country it is being prevented—and this shouldn’t be surprising.the government has extraordinary control over the lives of those it locks up. Stopping sexual abuse in detention is a matter of using sound policies and practices, and passing laws that require them.

Attorney General Eric Holder has until June to review the recommended standards proposed by the National Prison Rape Elimination Commission and turn them into federal regulations, which would make them binding on prisons and other detention facilities. Predictably, they are being opposed by some leaders of the powerful corrections industry, and questioned on the basis of cost.

The Department of Justice has opened a 60-day public comment period on the standards. That comment period ends in one week, on May 10.  Just Dentention International is hosting a petition urging Attorney General Eric Holder to enact the strongest possible standards. You can sign the petition on JDI’s web site here, or its Facebook page here. 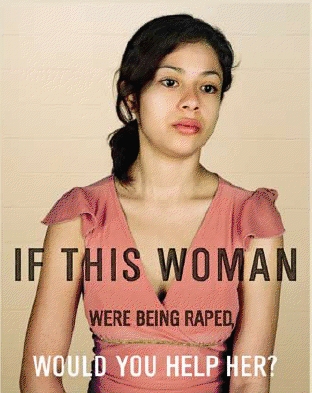