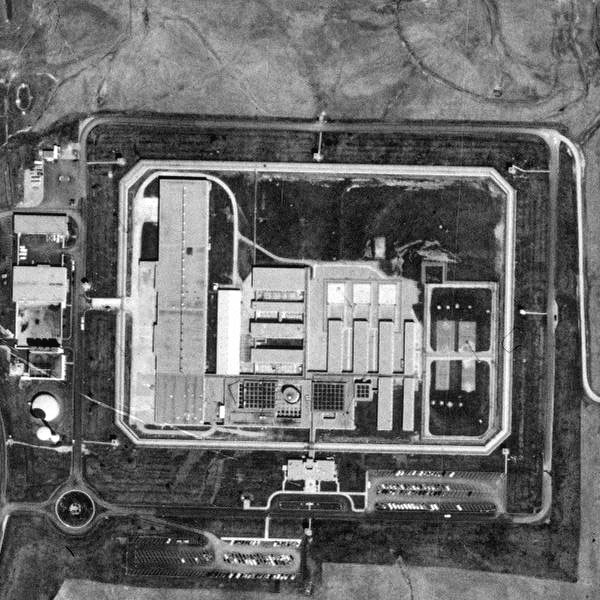 The Center for Constitutional Rights has filed a lawsuit in the U.S. District Court in D.C. on behalf of five prisoners held in solitary confinement in the “Communications Management Units” (CMUs) of two federal prisons. The “experimental” units were supposedly designed to hold high-risk inmates, including terrorists, whose crimes warrant heightened monitoring of their external and internal communications. But the reality, the CCR asserts, is that many prisoners end up in the CMUs “for their constitutionally protected religious beliefs, unpopular political views, or in retaliation for challenging poor treatment or other rights violations in the federal prison system.”

The two CMUs, at the federal prisons in Marion and Terre Haute, now hold about 70 men. They were secretly created by the federal Bureau of Prisons during the Bush Administration, in 2006 and 2007, and have remained intact since the Obama Administration came to power.

Inmates in the CMUs are subject to isolation which in some respects exceeds even that of federal supermax prisoners. According to the CCR:

Prisoners in the CMU, alone out of all general population prisoners within the federal system, are categorically banned from any physical contact with visiting friends and family, including babies, infants, and minor children. To further their social isolation, the BOP has placed severe restrictions on their access to phone calls and work and educational opportunities.

What’s more, unlike most supermax prisoners, those assigned to the CMUs are not even accused of any disciplinary violations that might warrant their segregation–for example, attacks on guards or other inmates, or other violations of prison rules. And they receive not even a pretense of due process before being placed–and held permanently–in these extreme conditions. As CCR explains:

All five men confined in the CMU have been classified as low or medium security, but were designated to the CMU despite their relatively, and in two cases perfectly, clean disciplinary history. Not a single one has received discipline for any communications-related infraction within the last decade, nor any significant disciplinary offense.

Like all CMU prisoners, the men received no procedural protections related to their designation, and were not allowed to examine or refute the allegations that led to their transfer. They are also being held indefinitely at the CMU without any meaningful review process. They expect to serve their entire sentences in these isolated and punitive units.

Predictably, the lack of procedural protections has allowed for an unchecked pattern of discriminatory and retaliatory designations to the CMU. Rather than being related to a legitimate penological purpose or based on substantiated information, our clients’ designations were instead based on their religious and/or perceived political beliefs, or in retaliation for other protected First Amendment activity.

Who exactly are these prisoners, deemed so dangerous that they cannot be permitted to communicate with the outside world–or to hold their children? Unsurprisingly, more than two-thirds of them are Muslims. (The BOP denies that it is discriminating on racial or religious ground, and one document on the CMU says buy clonazepam online inmates there “represent multiple ethnic backgrounds, which include an international flavor.”) Many of the others CMU residents have what are considered subversive political views–among them environmental activists convicted as “ecoterrorists.”

As an article in Reuters described it, the CMUs have become known “for holding what critics call members of the ‘al Qaeda B-team,’ accused Islamic militants who are deemed to be less of a security risk than the high-value detainees, but too important to mix with the general prison population.” Higher profile Islamic terrorists like Ramzi Yousef, Zacarias Moussaoui, and Omar Abdel-Rahman are held at ADX Florence, the federal supermax in Colorado. In the CMUs, it seems to be the prisoners’ ideas, rather than the prisoner themselves, who are considered dangerous.

Of the plaintiffs in the CCR suit is Yassin Muhiddin Aref, an Iraqi Kurd who served as imam of a mosque in Albany. In 2006, Aref was convicted of aiding in a plot to buy a shoulder-fired missile to assassinate a Pakistani diplomat. The plot, however, was a fake–invented by an the FBI, and presented to Aref, in a controversial sting operation, by an informant who was working for the Bureau in exchange for a reduced sentence on a separate charge. Aref is serving a sentence of 15 years.

Another plaintiff is Daniel McGowan, who was sentenced to seven years for serving as a lookout when during a 2001 arson at an Oregon lumber company, carried out by members of the Earth Liberation Front (ELF). He was arrested in 2005 in another FBI sting, this one using an informant who was an old friend of McGowan’s, and reconnected with him at an animal rights conference in New York.  At the time, the Bush Justice Department was calling militant environmental activists “the number one domestic terrorism threat,” and rounded up more than a dozen of them in what it called “Operation Backfire.”

Another of these “eco-terrorists,” Andrew Stepanian, spent six months in the CMU–and is one of the units’ few former residents to be out of prison. Stepanian told Reuters that guards frequently referred to the CMU as “Little Gitmo” or “CTU”–for the term “Counter Terrorism Unit” as used in the TV show “24.”

The CCR’s suit calls for the Bureau of prisons to transfer prisoners out of the CMU, or provide justification for continuing to hold them in these conditions. Either way, the suit demands that the plaintiffs be given the same rights to communicate as other prisoners have.

David Fathi, who heads the the American Civil Liberties Union’s National Prison Project, told Reuters:”You get people sent to a place incommunicado. You expect this from totalitarian regimes, but not from the Obama administration.”

Together with the draconian “Special Administrative Measures” being imposed on terrorism suspects before they have even been tried or convicted, the existence of the CMUs suggests that it may no longer matter all that much whether or not the Guantanamo Bay detention facility is ever closed–because Gitmo has already come home to stay.