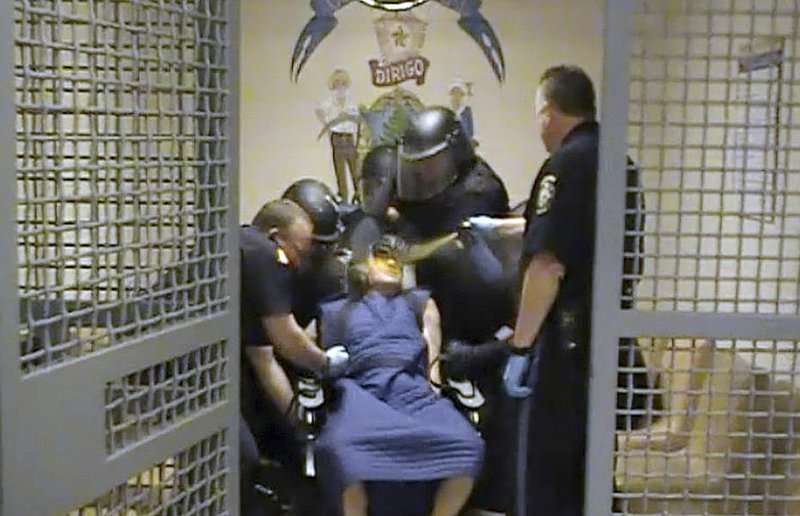 A graphic video (shown below) recently leaked to the public shows a team of corrections officers make liberal use of prison torture tactics on a man who was, at the time of the incident,  incarcerated at Maine Correctional Center and had been held in solitary confinement for two months. A still of the explicit footage, originally […]