As they shelter in place to impede the spread of COVID-19, millions of Americans across the country have been given just a glimpse of the isolation, idleness, and deprivation faced by tens of thousands of incarcerated men, women, and children held in solitary confinement in U.S. prisons, jails, and detention centers.

Unlike those held in solitary, individuals living under under stay-at-home orders or self-quarantines are often confined along with loved ones, and with access to multiple sources of entertainment, outdoor exercise, and electronic communications with the outside world. Yet many of us are experiencing the psychological and physical toll that isolation can take—effects that are far more acute for people in solitary, who spend 22 to 24 hours a day confined in cells that measure about 6 x 9 feet (smaller than the average parking space), barred from work, rehabilitative programming, or meaningful human contact, often including phone calls or visits with loved ones. It is hardly surprising that rates of suicide and self-harm are so much higher in solitary than in the general prison population, or that the United Nations “Mandela Rules” for the treatment of prisoners identify prolonged solitary confinement as a form of cruel, inhuman, and degrading treatment that often rises to the level of torture.

During this time, please consider participating in one of the opportunities offered by Solitary Watch to connect with people living in solitary confinement.

Since its founding more than ten years ago, Solitary Watch has built connections with thousands of people in solitary, exchanging letters and sending them cards, and a special print newsletter, reminding them that they have not been forgotten by the world outside their cells. We call this project Lifelines to Solitary.

In 2015, we expanded Lifelines to Solitary to include the first prison correspondence program specifically designed to reach people in solitary confinement, using our list of more than 6,000 people living in long-term isolation. For anyone joining the program, Solitary Watch provides names and addresses of individuals in solitary, guidelines for maintaining a healthy correspondence, and ongoing advice and support. We also provide a post office box and forward all mail from incarcerated pen pals, to maintain the privacy and safety of all involved.

In an age of electronic communications, letters remain the one and only way to penetrate the dark world of solitary confinement, and to establish contact with a group of people who have been banished and buried not only by society but also by the prison system itself. We believe this communication has the potential to transform the lives not only of the individuals in solitary, but of those on the outside who bear witness to their suffering. 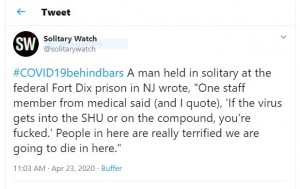 Those who do not feel they can make a commitment to a long-term correspondence can still reach out to individuals in solitary confinement. For nearly a decade, Solitary Watch has been publishing Voices from Solitary, a series of firsthand accounts written by people in solitary. Many of the series authors welcome letters from readers, and their addresses are provided with their essays. These essays also provide the most powerful and authentic picture of the reality of solitary confinement. For an even fuller picture, check out our 2016 anthology Hell Is a Very Small Place: Voices from Solitary Confinement.

You can also follow us on Twitter, Facebook, and Instagram, where we are posting short excerpts from some of the hundreds of letters from people in solitary that we receive each month, many of them describing the terrifying realities of being locked down as the COVID-19 pandemic sweeps through prisons.

Photo Requests from Solitary (PRFS) is an ongoing project that invites men and women held in long-term solitary confinement in U.S. prisons to request a photograph of anything at all, real or imagined, and then asks volunteers on the outside to make the image. The astonishing range of requests received to date provides an archive of the hopes, memories, and interests of people who live in extreme isolation, surrounded by gray walls. In addition to being sent to those who request them, serving as a form of direct support to people in isolation, the photos are also featured in exhibitions to help to bring the growing debate over the use of solitary confinement to a broad audience. 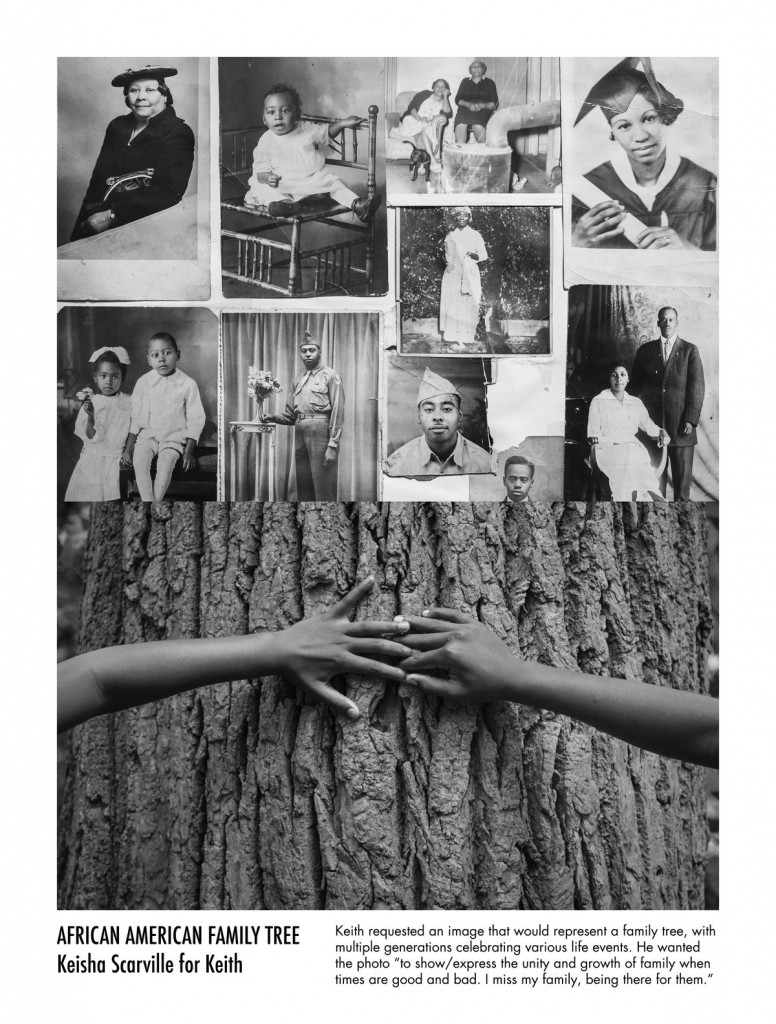 Initiated in 2009 by Tamms Year Ten, a grassroots coalition of artists, advocates, family members and men formerly incarcerated in Tamms Correctional Center in southern Illinois (which was shuttered in 2013 after years of opposition), the project is now a collaboration between founding artist and activist Laurie Jo Reynolds,  artist and educator Jeanine Oleson, and Jean Casella of Solitary Watch (which also hosts the project). It has expanded to include California, New York, Pennsylvania, and New Jersey, and is actively seeking volunteers to fulfill requests.

You can view all of the hundreds of requests and photos received to date on our website, photorequestsfromsolitary.org. If you are interested in filling a request, please use the “Open” filter to view all unfulfilled requests, choose a request, and upload your photos. You can also follow us on Instagram, Facebook, and Twitter at @Photos2Solitary to stay updated.

Today is the last day of a rare mid-year fundraising appeal, as we join other producers of independent, public-service, mission-driven journalism for #GivingNewsDay. This kind of journalism, already under attack from the highest levels of power, also faces new economic hardships brought on by the coronavirus–just at the time it is needed most.

Solitary Watch is no exception. Working remotely from our homes (as we always have, to avoid overhead!) we have managed to bring you the first account of how widespread prison lockdowns and quarantines are forcing hundreds of thousands of incarcerated people in solitary confinement, as well as the first article on how those who protest their conditions or try to communicate their plight to the public are silenced and punished with solitary. In addition, our commentary in The Guardian warned, early on, of how COVID-19 would decimate local jails, which were already deadly places before the virus hit. Like so much of what happens behind prison walls, much of the suffering and death wrought by COVID-19 are being hidden from public view, so the work of Solitary Watch is more crucial than ever.

As always, this work depends in large part upon the generosity of our donors. For those fortunate enough to be surviving the pandemic without financial hardship, we hope you will consider making a tax-deductible donation today.