For Vulnerable Children, the School Day Can Include Solitary Confinement
Resistance Is Growing to the Use of “Seclusion Rooms” for Control and Punishment in Schools—Most Often on Children with Disabilities and Children of Color

Dan Moshenberg teaches in the Women’s, Gender and Sexuality Studies Program at the George Washington University, where he researches women’s incarceration and confinement and women’s domestic labor. He also directs Women in and Beyond the Global.

Earlier this month, 11-year-old Ryphath Knopp stood before a committee of the Missouri state legislature and described being put into solitary confinement in the Columbia, Missouri, school system. Knopp, who told the legislators he lives with autism, anxiety, and depression, said he was placed in a small padded room, a so-called seclusion room, “almost all day, every day” until his parents took him out of school and homeschooled him. In his testimony, Knopp called these isolation rooms “an adapted version of solitary confinement, which was a form of torture, may I remind you.”

Mothers of other children in the Columbia school district recounted similar experiences. Shawan Daniels described the room her fourth-grade child was locked into: “These rooms didn’t have vents in them, water, or anything.” Another mother said the isolation had caused her son emotional trauma, asthma attacks, and head injuries. Both used the same phrase to describe Columbia schools’ treatment of their children: being “thrown into a box.” “It’s just not humane to trap children up,” Knopp told the Columbia School Board last September. “It is just simply not safe.” Currently, Missouri has no rules and no oversight over the use of restraint or seclusion in its schools.

Seclusion rooms are used to hold children in solitary confinement in schools and health institutions in the United States, Canada, Australia, the United Kingdom, and around the world. From 2004 to 2018, scandals over use of the rooms erupted in Florida, Missouri, Massachusetts, Ohio, Oregon, Indiana, MInnesota, Iowa, Arizona, Virginia, and New Hampshire.

Around the country, prison reformers have zeroed in on solitary confinement of children in youth detention facilities and adult prisons, with states and the federal government passing legislation or regulations to ban or limit the practice. These actions have been based on the understanding that isolation and deprivation are particularly devastating for young minds. But the parallel use of solitary in schools remains routine and under regulated.

Just as in jails and prisons, schools use concerns over security and safety to justify the use of isolation. Although the rooms are never officially used as a punishment, they have become a routine form of exactly that. And as with solitary confinement in jails and prisons, exposés in Illinois, New Mexico, New Hampshire, and other states show that the children most likely to be thrown in the box are children with disabilities and children of color. 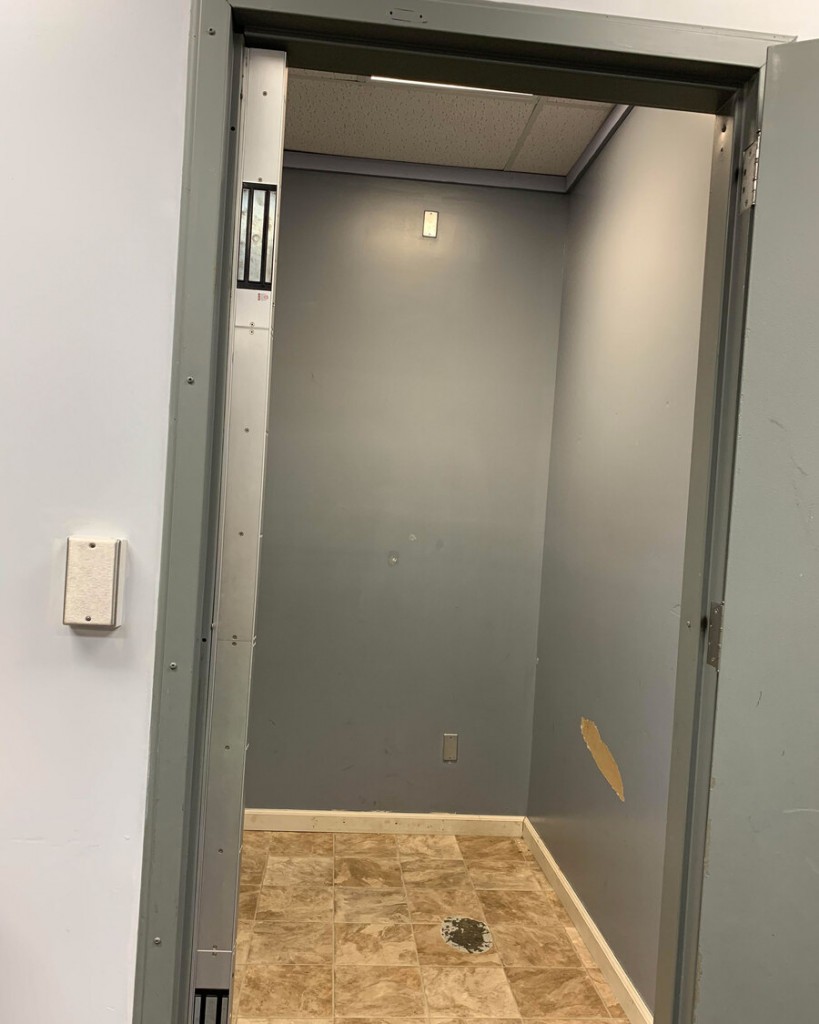 Seclusion is vaguely defined by the U.S. Department of Education’s Office of Civil Rights as “involuntarily confining a student alone in a room or area from which he or she cannot physically leave.” There are no federal regulations concerning the design or use of seclusion rooms. Some facilities use janitorial closets; others use booths or padded, windowless cells. Seclusion rooms are often referred to as “time out spaces” or “last resort.” But to the children sent there, the rooms often feel like prisons.

In 2004, 13-year-old Jonathan King was confined to a windowless, 8’ x 8’ concrete block room 19 times over a 29-day period at the Alpine Program, a Georgia school for students with behavioral problems. During these stints in the “time-out” room, he spent an average of 95 minutes alone with no furniture, food, water, or bathroom access. On November 15, 2004, King hanged himself in the isolation room.

King’s parents sued the school system, but Georgia courts dismissed the suit in 2009, stating there was no proof of deliberate negligence. The U.S. Supreme Court declined to hear the case in 2010. That same year, the Georgia State Board of Education announced that it was banning seclusion rooms. But despite this supposed ban, seclusion of students continued in Georgia, particularly in psychoeducational schools like the Alpine Program that King attended.

The Alpine Program was part of the Georgia Network for Educational and Therapeutic Support, (GNETS), a separate but unequal school system established in 1970 and justified as a cost-saving measure. In 2016, the Atlanta Journal Constitution reported in a three-part investigative series that a disproportionate number of African American children were sent to GNETS, that GNETS was conducting unauthorized and unethical “experiments” on children in its care, and that the facilities continued to use seclusion rooms, despite the state-wide 2010 ban. Only the name had changed: “seclusion rooms” were now called “Zen rooms,” “be-quiet rooms,” “calm-down rooms,” or “opportunity rooms.” The rooms were technically unlocked, but staff members stood guard to refuse egress. The words changed; the trauma remained the same.

Recent reporting on seclusion rooms has incited concern and outrage. The day after Ryphath Knopp and others testified in Missouri, 12 federal legislators (all but one from Illinois, where a recent investigation uncovered routine use of the rooms) asked the Department of Education to ban seclusion rooms and issue guidance concerning the appropriate use of restraint. “We are gravely concerned by harmful student seclusion and restraint practices occurring in schools around our country,” the legislators wrote in a letter, noting that tens of millions of children are at risk. “The use of seclusion and dangerous restraints is putting the psychological well-being and lives of children at risk every day and must be addressed at the federal level immediately.”

But many education officials seemingly see seclusion rooms as necessary, routine, and unconcerning. In 2009, a school district outside Milwaukee applied to use Federal stimulus funds to build seclusion rooms in elementary and middle schools. The Wisconsin Department of Public Instruction rejected the application, instructing all state school districts that stimulus funds and special education funds could not be used for this purpose.

In May of this year, Disability Rights Maine released a report finding that restraint and seclusion were used 20,000 times in Maine schools in 2018—once every five minutes that school was in session. This marked a significant rise from 12,000 incidents in 2014. The majority of seclusions occurred in “special purpose private schools for children with disabilities.”

“Restraint and seclusion are dangerous and ineffective practices,” the report concluded. “They are supposed to be reserved for emergency situations, but as the data shows, they are being used at alarming rates and it continues to rise every year.” Following the release of the report, parents provided heartrending testimony on the trauma their children had experienced. “She was a different kid when she came back,” Jennifer Johnson testified before the Maine legislature. “It was months before she genuinely smiled or laughed again. And this happened in Maine, to my daughter, to my girl. And it’s not OK.” There has been no new legislation or rule changes in Maine since the release of the report.

In June, the U.S. Government Accounting Office released data on restraint and seclusion in the 2015 to 2016 academic year. Of the 17 largest school systems in the country, 13 districts (which include a total of 186,159,232 students) reported zero incidents of seclusion. And according to National Public Radio, 19 states currently prohibit placing children alone in locked rooms. 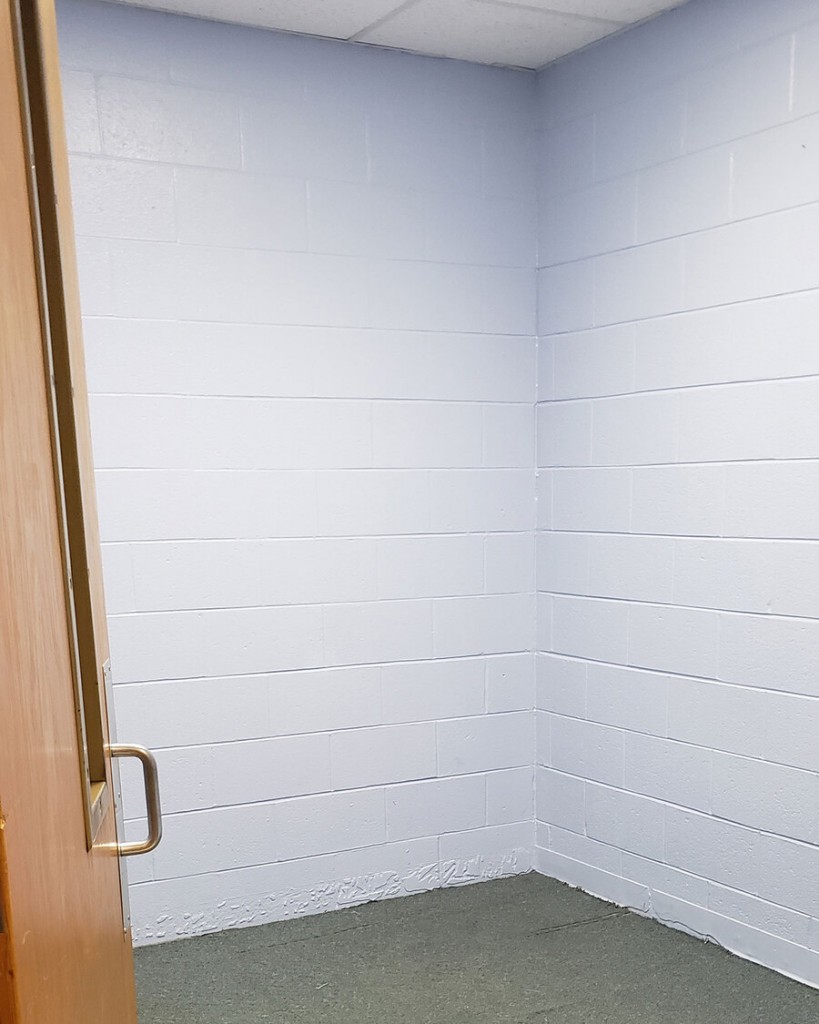 But seclusion rooms are notorious for being inaccurately and incompletely tracked. Soon after the GAO report was released, it became clear that one of those 13 districts, Fairfax Public Schools—a highly rated public school system in northern Virginia—failed to report its routine use of seclusion. In October, parents and disability activists filed a lawsuit against the county, claiming the school system uses seclusion to “silence, detain, segregate, and punish students with disabilities.”

In recent months, a groundswell of activity by journalists and advocates has uncovered and challenged the use of seclusion rooms in schools throughout the nation.

Last fall, a Columbia, Missouri group called “Race Matters, Friends” published photographs of seclusion rooms in the school district, sparking public discussion, and leading the Board of Education to reconsider the use of the rooms. At the end of 2019, bipartisan legislation was introduced to track and limit the use of isolation in Missouri’s schools.

In October, an exposé by the La Cruces Sun News revealed that contrary to public statements, Albuquerque Public Schools sends kids to tiny, unventilated rooms on a daily basis. Attorneys who had seen the rooms recalled walls smeared with blood and mucus. The school system refused to provide parents with information on the seclusion of their own children, and told courts and legislatures that “collecting data on restraint and seclusion would be too labor-intensive.”

That same month, California’s Pasadena Unified public schools reached a settlement on a 2016 complaint concerning the school system’s disciplinary use of padded seclusion rooms, known as “boring rooms.” In Fargo, North Dakota, federal authorities launched an investigation into the district’s unrestrained, uninhibited, unreported use of seclusion. And in November, Iowa’s State Board of Education worked to ensure that a new policy would still allow schools to use seclusion rooms, which can currently be used for almost any reason and are often padded, 6-by-6-foot wooden boxes.

In November, ProPublica Illinois and the Chicago Tribune published the results of a year-long investigation that found thousands of Illinois students had been held in seclusion rooms called “quiet rooms.” Despite assertions that quiet rooms were used only as a last resort to preserve safety, the investigation revealed that students were often held for minor infractions including refusing to do classwork, swearing, spilling milk, and throwing Legos.

The journalists found more than 20,000 incidents of seclusion from the beginning of the 2017-2018 school year through December 2018. There were no recorded safety concerns in one-third of the 12,000 incidents that included enough detail to determine the cause of the seclusion. In response to the reports, the Illinois State Board of Education issued an emergency ban on the use of seclusion rooms, and legislators began designing bills to regulate and restrict their use. In December, however, after pushback from schools, the State Board of Education amended the ban to give schools “time to transition.”

In 2019, the Washington City Paper published an exposé on the use of seclusion rooms in the District of Columbia, after parents at one charter school for children with disabilities raised the alarm. Data showed that in the 2015-16 school year, 60 percent of children placed in restraint and seclusion in the District had disabilities, and every single one was a child of color—94 percent African American, and the rest Latinx, Native American, and mixed race.

Advocates may be heartened as lawsuits, investigations, and the hard work of parents and advocates force school districts around the country to grapple with their use of seclusion rooms. And bans on the rooms are possible: New Zealand banned them in 2017. And there are alternatives: In Columbia, Missouri—the same school system where Ryphath Knopp was put in the box almost every day—Sara Rivera praised her son’s school’s use of a doorless “calm-down room” with comfortable furniture and a soothing atmosphere, where children are always in the presence of a teacher.

But in the meantime, thousands of children—especially children with disabilities and children of color—continue to face the torture that led Jonathan King to take his life at 13, and that is harming countless others in ways that are impossible to measure.

2 thoughts on “For Vulnerable Children, the School Day Can Include Solitary Confinement”