After a standing-room-only launch at the Open Society Foundations in New York on March 15, we are planning several more book events/readings in the coming months. Stay tuned for future updates.

This week marks the official publication date of Hell Is a Very Small Place: Voices from Solitary Confinement. Edited by Jean Casella, James Ridgeway, and Sarah Shourd, Hell Is a Very Small Place is the first-ever trade book on solitary confinement, and the only book to feature firsthand accounts of life in solitary. It is now available in bookstores and online (see links below).

Our publisher, The New Press, had this to say about the book in a press release:

President Barack Obama, Supreme Court Justice Anthony Kennedy, and Pope Francis have all criticized the widespread use of solitary confinement in prisons and jails. UN Special Rapporteur on Torture Juan E. Méndez has denounced the use of solitary beyond fifteen days as a form of cruel and degrading treatment that often rises to the level of torture. Yet the United States holds more than eighty thousand people in isolation on any given day. Now, sixteen authors vividly describe the realities of life in solitary.

In a book that will add a startling new dimension to the debates around human rights and prison reform, formerly and currently incarcerated men and women describe the devastating effects of solitary confinement on their minds and bodies, the solidarity expressed between individuals who live side by side for years without ever meeting one another face to face, the ever-present specters of madness and suicide, and the struggle to maintain hope and humanity.

These firsthand accounts are supplemented by the writing of noted experts, exploring the psychological, legal, ethical, and political dimensions of solitary confinement, and a comprehensive introduction by Solitary Watch’s James Ridgeway and Jean Casella. Sarah Shourd, herself a survivor of more than a year of solitary confinement, writes eloquently in a preface about an experience that changed her life. The powerful cover art is by renowned political artist Molly Crabapple.

Advance reviews for the book have been strong. Kirkus called Hell Is a Very Small Place a “potent cry of anguish from men and women buried way down in the hole,” and Publishers Weekly called it as a “no-holds-barred expose” filled with stories that “pack a visceral punch and make a convincing case for more humane conditions, better oversight, and continuing prison reform.”

The book is already generating press coverage. The New Yorker featured Hell Is a Very Small Place in a moving piece by Jennifer Gonnerman about the work of James Ridgeway and Solitary Watch—specifically, his long history of correspondence with people in solitary, which yielded many of the pieces in the book. Slate produced a video about book contributor Five Mualimm-ak and his journey home from solitary.

Stay tuned on Facebook and Twitter and on the “Our New Book” page on this site for more coverage and reviews, as well as upcoming book events still in development.

“An extraordinary collection of testimonials from men and women who have endured solitary confinement and, unlike many others, survived. . . . Hell is a Very Small Place probes the darkest corners of a prison system where, all too often, the urge to punish has prevailed over law, morality, and human decency.”  —DAVID C. FATHI, Director, ACLU National Prison Project

“A devastating look in the mirror for a society that has hidden the depths of its cruelty behind concrete and steel. Hell is a Very Small Place puts us face with the smells, the sounds, and the profound despair of solitary confinement, and is a call to moral outrage, repentance, and action.”
—REV. LAURA MARKLE DOWNTON, Director of U.S. Policy, National Religious Campaign Against Torture

“This important book leaves no doubt that solitary confinement has no place in a civilized society. The story of each person subject to solitary shows that he or she is somebody and that the life that is thrown away is not beyond redemption. Together they demonstrate the urgency of turning from hatred to understanding and from vengeance to reconciliation if we are doing to have a decent, moral and compassionate society.” —STEPHEN BRIGHT, President and Senior Counsel, Southern Center for Human Rights

“Confronts the moral catastrophe of solitary confinement through compelling and courageous testimonies by the world’s premier experts on the matter: the confined themselves.”  —GLENN E. MARTIN, Founder and President, Just Leadership USA

For those of you who made generous donations to our year-end Lifelines to Solitary fundraiser with the promise of the book as a thank-you gift: Your books are now on their way! For others, the book is available in local bookstores, and at the links below: 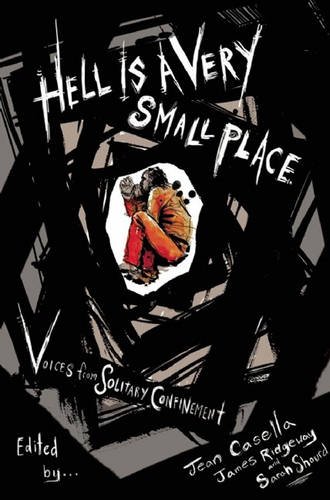 Order now from The New Press.

We have dedicated this book “to those who find the courage to break the silence, and to those too shattered to do so.” We are honored to be able to serve as a conduit to these brave and powerful voices, and we hope our book will help them reach into the hearts and minds of thousands of new readers. Please help us spread the word. 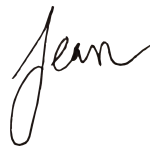