Lexy is a 36-year-old transgender woman who was recently released from New York Department of Corrections and Community Supervision (DOCCS) custody after about two and a half years inside. She spent three months in solitary confinement in “the Box” — first at Watertown, then at Midstate — after a can lid was found under her bed. She says that the “weapon” was placed there by corrections officers, in retaliation for filing a grievance alleging sexual misconduct. Below, she writes about her experiences in isolation, and how solitary confinement uniquely affects trans people locked up in New York state. — Aviva Stahl 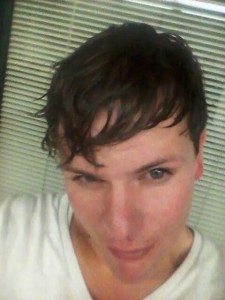 In writing this, I understand that there is a real sense of disconnection within NYS Dept of Corrections, almost as if people lose themselves to the process. This experience for me was unbearable. I believe that it’s not only the mentality of the offenders but the officers as well who really make it what it is in the present.

This journey began for me in August of 2012 as an openly transgendered individual in NYS Corrections. I was convicted of Grand Larceny, a non-violent offense for issuing a bad check. I first arrived to Watertown Correctional Facility. Things were OK until January of 2013 where I was forced to remove my shirt and sports bra in front of a third of the population.This led to an individual publicly harassing me, both physically and sexually. It was almost as if Corrections [Officers] just turned a blind eye to the abuse.

After filing a grievance and standing up to known intolerance of my kind on my person, I was rewarded with Solitary Confinement, Box time. Coming from a background of no violence, my faith was not only shattered, but more importantly broken. I lost myself, I lost myself to the process. I was charged, but not found guilty of a weapons charge. I was lost, I felt as if I’d lost my most important thing, my spirit. I was removed from all programming, I was off the grid, no one knew where I was, no contact with family.

I emotionally broke down. I was transferred to a mental health observation unit. What amazes me about this, is just how much you feel as if you don’t matter to the real world. After suffering the abuse I did physically at Watertown being alone was a gift. I was psychologically torn between the sexual abuse, and being boxed, its so difficult to find yourself in any of the process.

Through the  experience of being boxed, one loses all sense of reality, time…even the date…you long for any contact, any way of communication, and being a Transsexual it just further compounds the intensity of the feeling, the moment. It’s a miracle, should you escape the torture of the box. It’s scheduled, a way of life, and the Correctional Officers can and will get away with murder. Virtually anything is open, who is going to believe a con anyway.

I still had my voice, I had what little spirit I had and I clung to it. I wrote. I had an amazing Attorney, she was and is relentless, Melissa Loomis of Prisoner Legal Services in Ithaca, New York. She advocated, she would not give up on finding me lost to the system, GOD how could I ever forget her…When she knew I was in trouble, she came, she found me…Subsequently it was her letter that got me released from Corrections. She gave me the strength I needed so desperately. I was eventually released from the Box at Midstate Correctional Facility.

It was within Midstate that I realized how disengaging this whole process was, nothing was supportive in any way. It was there that I was visited by a NYS [Parole Board] Commissioner Sally Thompson. It was then that she took my hand and said I know about everything that happened to you. This was unheard of in Corrections, I was so far away in the sense that this was so unexpected.

The one factor I came to understand about those similarly situated to me, was that they were all stuck on fantasy island, in the sense that they accepted the bid as it was, as a right of passage, as if this life was OK, prison life, was in fact a way of life. I was terrified…terrified of losing myself to that standard of living, receiving multiple tickets or tier three tickets as they are known, losing good time, losing merit time, not completing required programming to go home. Why…because you’ve lost yourself to fantasy island, where in your mind nothing matters, this is all great…This is OK…I could never lose myself to that process…I knew then that there was nothing corrective about being locked up, the corrective change had to start within.

I found the greatest part of my life through this, I’ve always believed that at times you have to crawl through the darkest places in this World to find something so undeniably breathtaking. I found just that, through the greatest of adversity, I found him, I found Jeremy. I know now that without this nightmare, finding him, it just would have never happened. Our love for one another is bionically strong, so much in the sense that his face haunts me…I owe so much to this World, I know what it’s like, GOD I want to scream to this World, I know what it’s like. My Tranz Brothers and Sisters are there, boxed. I know their voice, I know all of their voices, it’s killing me…I wont stop…I WILL NOT LET THEIR VOICE GO UNHEARD.