Voices from Solitary: Dare to Think 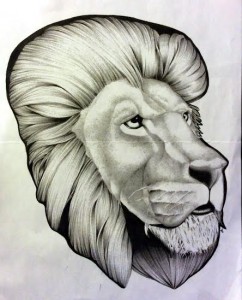 The following comes from Timothy Trujillo, 35, who has been incarcerated at California Correctional Institution (CCI) in Tehachapi close to 15 years, approximately four of which he has been held in the SHU (Security Housing Unit), or solitary confinement, on 23-hour-a-day-lockdown. According to his stepfather, Trujillo has spent his time in prison seeking “to expand his knowledge and his quest for spiritual enlightenment.” In his piece, a rap entitled “Dare to Think,” Trujillo writes that his mind “remains free.”  He can be reached by writing: Timothy Trujillo, P32319, Pelican Bay State Prison, P.O. Box 7500, Crescent City, CA 95532. –Lisa Dawson

Why do so many accept poverty and neglect?
They infect our posterity, blinding their clarity
filling them with false hopes and dreams
turning our young into dope fiends and things
no longer human beings
The police siren screams
This system is falling apart at the seams
In the ghetto, another youth is slain in vain
People with heroin-filled veins
Methamphetamines fill the nostrils
Everyone is livin’ hostile
Mothers cry, children die, nobody’s askin’ why

Lookin’ to the sky for unanswered prayers
you begin to wonder-who really cares?
Millions of sisters and brothers, fathers and mothers
sittin’ in cages for ages
My mind constantly rages, saddened by history’s pages
So many people up in prisons it’s like a human aviary
pointin’ their finger, tryin’ to tell me,
sell me to a private prison
Are you listenin’, envisionin’ what I’m sayin’?

There is plenty but millions go hungry
Doesn’t it make you angry?
People homeless and unhealthy
allowing a few to grow wealthy
How far will this sideshow go?
The capital flows in the opposite direction,
too many starving and needlessly dyin’ in my section
And say goodbye to education in this nation
hello false indoctrination
Do we really know what we’re facin’
I’m in my cage pacin’

Ponderin’ the unending war spending
When will we begin the mending and befriending?
Let’s stop pretending like everything is okay
and if we turn a blind eye it will all just go away
There’s got to be another way
They play with our lives usin’ us as cannon fodder
Today someone lost a son or daughter
Global warming, it’s only getting hotter
They’re polluting all our air and water
Where are we headed?

Maybe a nuclear war or disaster
caused by the power-hungry master
What comes after? Does it really matter?
By now it’s surprising we all don’t have cancer
If something isn’t done now-what will be the cost?
It appears humanity is lost
Will it all end in a global holocaust?

I have so many questions
but my pen is out of ink
Why am I in prison you ask?
Because I dared to think. . .

4 thoughts on “Voices from Solitary: Dare to Think”