Late last year, we made several requests to be permitted, as members of the press, to view solitary confinement units in New York’s state prisons. After receiving no reply, we were fortunate enough to enlist the help of a pro bono attorney, Daniel Mulkoff with the firm of Cuti Hecker and Wang, who approached the New York Department of Corrections and Community Supervision (DOCCS) on our behalf. This finally yielded a response, in the form of a blanket rejection of any request to view such facilities. Their letter appears below.

The response was neither surprising, nor unique to New York. Supermax prisons and solitary confinement units, as we’ve written before, are America’s domestic black sites, off-limits to the media as well as the public. However, in recent times several states have loosened up on their restrictions. Colorado has allowed National Geographic, among others, to film inside its state supermax. Maine allowed Frontline inside its solitary confinement unit. Even California has allowed some (controlled and limited) access to its notorious supermax, Pelican Bay.

New York appears unwilling to make any such concessions. It’s clear that New York intends to keep its isolation facilities out of view of the media–and, by extension, the public. The federal courts are largely on their side. If this is to change, that change must come through public pressure for policy change or via legislation. In the meantime, our correspondents inside prison, who often risk retaliation by writing to tell us about conditions in solitary, remain virtually our only window into this secret world. 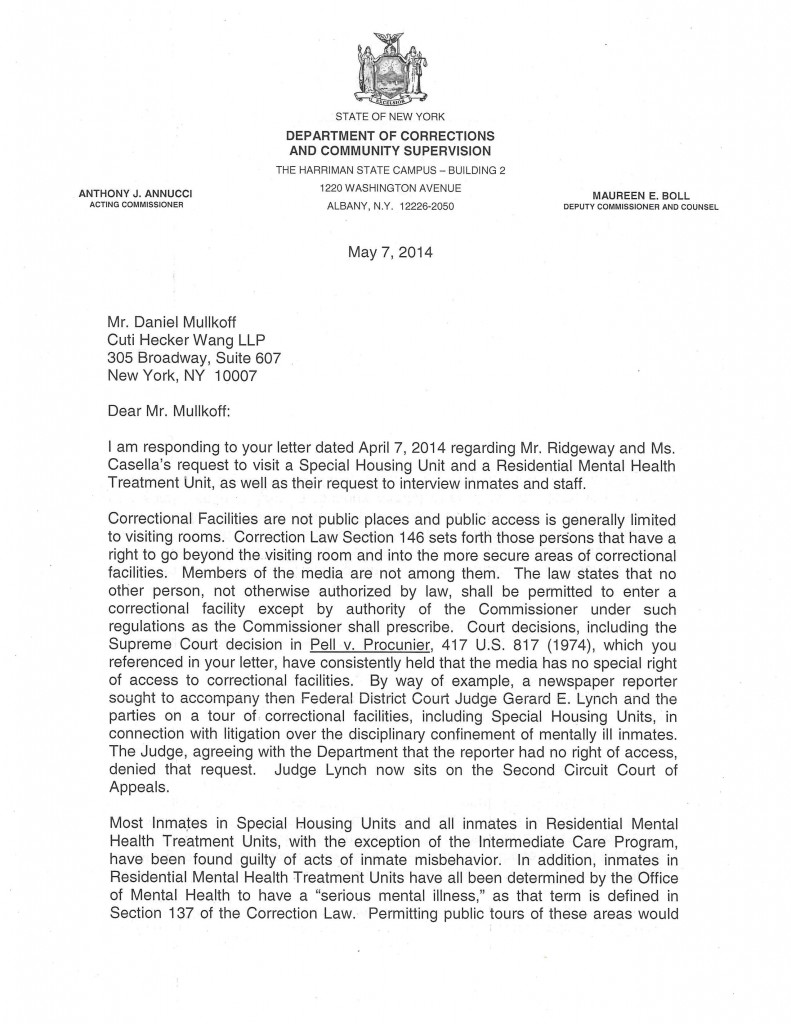 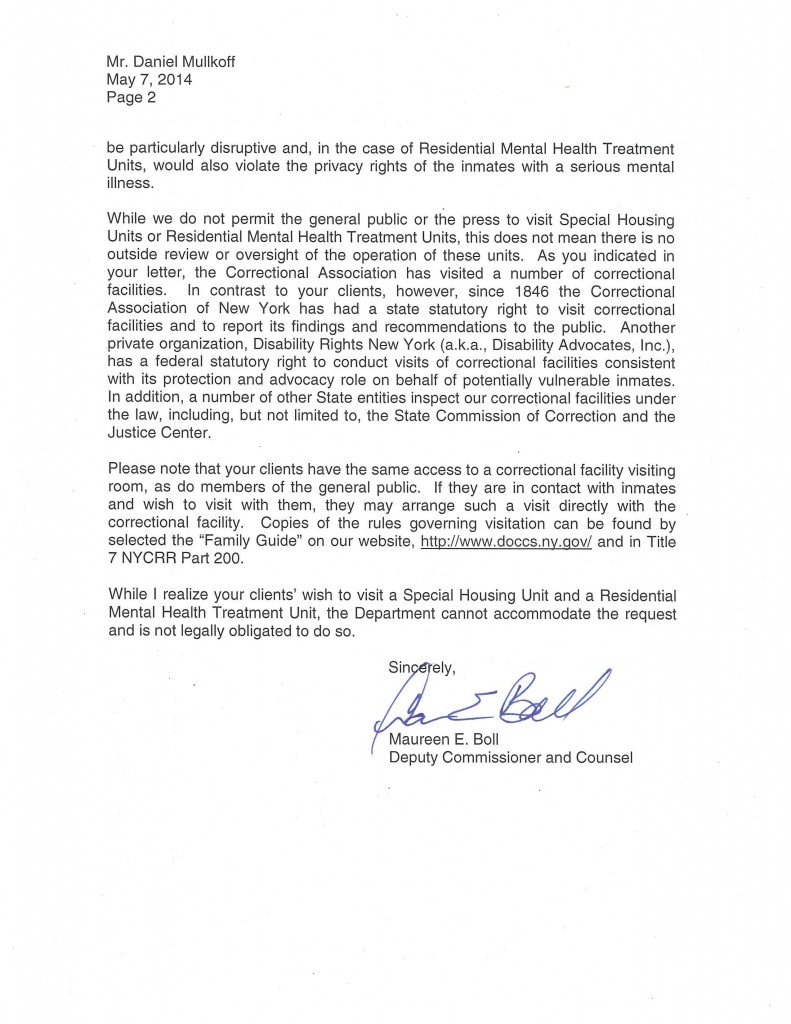