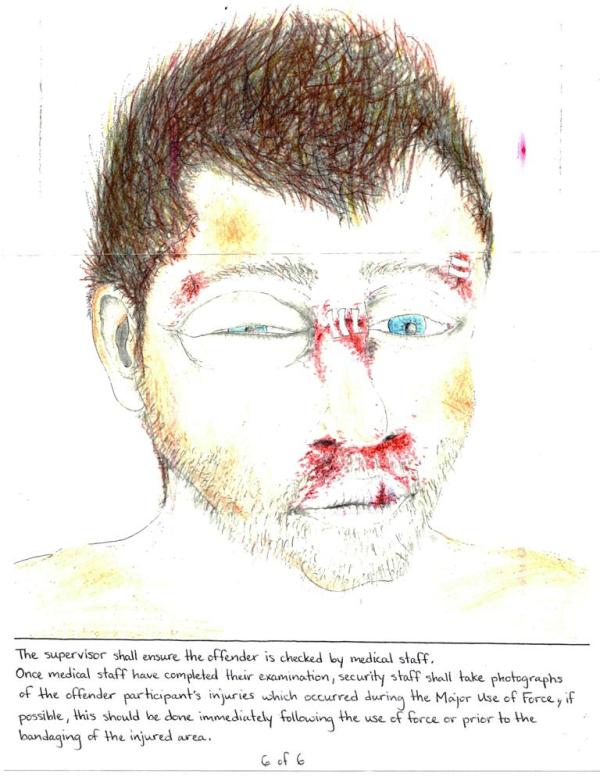 This post is the next in a series of pieces Solitary Watch is publishing as part of a project calling for people held in solitary confinement to write on various proposed themes. Our first suggested theme, “A Day in the Life,” calls for writers to describe a day in his or her life in solitary confinement (read previous entries here).

The following piece presents the artwork of a man who says he was brutally and repeatedly tortured by guards at an unnamed correctional facility, where he was held in isolation in a segregation unit in 2011. The drawings depict the savage treatment to which he was subjected for a period of eight days, during which time he claims to have been strip searched and unnecessarily restrained 170 times, or every hour. The author says he was targeted for this treatment because he had been convicted of a sex offense. Each drawing contains a caption paraphrased from applicable sections of the prison’s procedural manual on cell extractions.

The drawings come to Solitary Watch from Prison Activist Resource Center (PARC), a non-profit organization based in California committed to challenging mass incarceration by “building action networks and materials that expose the continuing neglect and outright torture of more than 2 million people imprisoned within the USA.” –Lisa Dawson