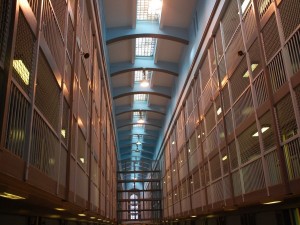 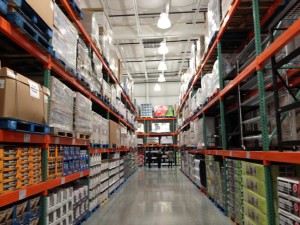 Editors’ Note: Back in October, Solitary Watch received a request from cut-rate retail giant Costco, for a 450-word essay arguing that solitary should be eliminated. The piece was to be printed in the “Informed Debate” feature in the company’s giveaway magazine, Costco Connection, which has a readership numbering 20 million people.

Pleased that such a large corporate entity had chosen to air the pros and cons of this controversial subject, Solitary Watch co-director James Ridgeway handed in his piece in November, and was told that the pro-solitary side would be written by an official from the NYSCOBA, the New York State corrections officers union. A month of silence followed.

Two days ago, Solitary Watch received a message saying the entire debate section was being pulled from the January issue at the last minute, due to a decision by “one of the key executives who took exception to the subject.”

(An interesting fact: The behemoth retailer has earned a reputation for taking care of its workers, who earn average salaries more than double those at Walmart. But it also has been known to employ subcontractors who use prisoner labor to package their goods, and its Code of Conduct bans only “illegal prison labor.”)

The offending commentary appears below.

Imagine a room so small that you can stretch your arms out and touch the gray concrete walls. The only objects in the room are a bunk and a toilet, perhaps a few books and a photograph or two.

The room’s narrow window admits only a sliver of natural light, and the solid steel door contains a slot through which a meal tray can pass. You may catch a glimpse of a hand, or hear a voice shouting from nearby. Otherwise you have no contact with another human being.

Imagine spending a month in this room, 23 hours a day, with one hour to exercise alone in a small pen. Now imagine the month stretching to a year–or ten, or twenty.

On any given day, some 80,000 men, women, and children live in conditions like these–not in some far-off totalitarian nation or secret black site, but right here in America’s prisons and jails.

Senator John McCain, who spent two years in solitary confinement as a prisoner of war in Vietnam, later wrote: “It’s an awful thing, solitary. It crushes your spirit and weakens your resistance more effectively than any other form of mistreatment.”

Human rights organizations, religious groups, and the UN have all condemned solitary confinement in excess of 15 days as a form of psychological torture. Other democratic nations have largely eliminated the practice. They separate only a handful of truly dangerous prisoners, and provide even them with opportunities for communication and rehabilitation.

In the United States, in contrast, solitary confinement is a control strategy of first resort. In New York’s state prisons, for example, 5 out of 6 terms in solitary are for nonviolent misbehavior as minor as mouthing off to a corrections officer or having too many pencils or postage stamps.

The effects of solitary, however, are anything but minor. Studies have found that solitary confinement beyond two weeks alters brain function, and produces psychological symptoms ranging from anxiety and depression to full-on psychosis. For the many prisoners with underlying mental illness who end up in solitary, the suffering is even worse.

People in solitary often take to screaming, banging on cell walls, counting cockroaches, cutting themselves,  and worse: Although less that 5 percent of all U.S. prisoners are in solitary confinement, 50 percent of prison suicides take place there.

In addition to its human costs, solitary confinement sucks up our tax dollars. Keeping an individual in a “supermax” prison triples the average annual cost of incarceration–from $25,000 to $75,000. Research also shows that people released directly from solitary to the streets are significantly more likely to land back in prison.

Finally, solitary confinement serves no legitimate purpose whatsoever, since it fails to increase the safety of either prisoners or corrections officers. In fact, states that have reduced their use of solitary by up to 75 percent have seen notable drops in prison violence.

We must end this cruel, costly, and counterproductive practice before any more damage is done.