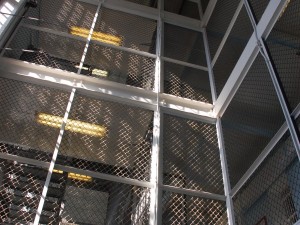 Karl ChuJoy is currently serving three years in solitary confinement in the Special Housing Unit (SHU) of Elmira Correctional Facility in upstate New York, for possessing a laptop computer. He writes in a letter to Solitary Watch: “I’ve been incarcerated since I was fifteen (15) years old. I am now thirty-six (36)…I’m halfway through these three (3) years [in the SHU]. I’ve been in SHU before, quite a few times. But this is the first time in five (5) years. My introduction to SHU began when I was sixteen (16) years old, in 1993. I’ve since learned to sidestep the bullshit in prison and stay out of trouble (but can you really pass up a laptop in prison? Come on, think about it).” The following are further excerpts from his letter. He welcomes letters at the following address: Karl ChuJoy, #94-A-5418, Woodbourne Correctional Facility, 99 Prison Road, P.O. Box 1000, Woodbourne, New York 12788-1000. –James Ridgeway

Being alone is totally different than being lonely. Being alone signifies being physically apart from others. Being lonely is complete a state of mind: “feeling” alone. The latter holds all of the negative aspects of solitude. In the SHU this feeling is magnified exponentially due to the constricted lack of freedom and relative lack of brain-stimulating activities.

Mail is manna from heaven. When I hear the squeak, squeal and rumble of the mail-cart being pushed down the gallery, I start saying to myself, “You’re not getting any mail, so don’t even expect it. Nobody knows you anymore. No one wrote, so stop it!” Then, as the cart squeaks and squeals and rumbles a bit louder as it gets closer, I’ll jump off the cot and start pacing. Then I’ll squat in front of one of my spiders (the SHU Prisoner’s Loyal Pet) and I’ll start talking to it (you talk to your pets, too, don’t you?!) I’ll say, “Come on! Hope with me that we get a piece of mail. Come on! If you hope with me then we’re guaranteed a letter,” and I’ll do a little fist pump. I get real animated. I won’t do it everyday, though. It becomes a quotidien ritual when I haven’t received a letter in a month or more, because I’ll start to worry. Only my mother and sister write to me, once a month usually…

Literary media is the lifeblood of a sane mind in the SHU. Reading makes on think outside the box. National Geographic Magazine is my Travelocity, my trips to the Museum of Natural History, my Smithsonian, my MOMA and the Louvre, my trips to the Bronx Zoo and Sea World; GQ is my afternoon window-shopping stroll down 5th Avenue;…Popular Mechanics and Scientific American are my brain snacks–I was super excited when it was announced that circumstantial evidence was detected of the existence of the Higgs boson particle. Will I be able to open a wormhole in my call and go on a furlough one day? Quantum mechanics offers infinite possibilities, so I’ll keep my antennas up!

Book! Books! Book! A man in SHU lives on books as much as on food (and they taste better). Non-fiction has the potential to feed one’s knowledge pool. Fictoin has the potential to feed one’s empathy. Two different parts of the brain. Both necessary to build a fecund mind. I cannot say enough about books, my friends. I love books. I LOVE books. Books are my teachers, my guides, my companions. They enrich me with new [to me] concepts and ideas to digest. They take me to other worlds, lands, times, realities, life experiences. They introduce me to characters who become close friends….And my companions take me out of the SHU almost completely. Only my physical self is locked in a cell with the chaos around me. My spirit is elsewhere, walking through the woods, living vicariously, a silent partner. When I return, dusk may have turned to dawn and sometimes I’ll be surprised/confused when breakfast is being served. That’s the magic of books: they are teleportation machines for the spirit.

For the uninitiated in society who want to know somewhat how the SHU experience feels: go to your bathroom and lock yourself in there (a regular 10′ x 6′ sized bathroom, not a mansion sized one). Then truly imagine being locked in there for days, weeks, months…years–with no way to get out. All your meals are slid under the door. You don’t see anyone, but you hear others. Although, you wish you didn’t…

Because all day, and parts of the night, you are being assaulted by the deafening sounds of others yelling at each other to be overheard, chess players shouting numbers a hundred feet apart from each other, others screaming the foulest profanities and threats at each other for ten hours non-stop to emerge the victor in the argument/mouthfight. The worst are the ones who scream at the top of their lungs at 2 AM, 3 AM, 5 AM, as if they’re on fire just ’cause they’re assholes, and others who growl-yell-scream as if they’re transforming into werewolves of battling a demonic entity in their cell at 2 or 3 in the morning, while others start barking like large dogs. Yes, actually barking for a minute at a time…like a Rottweiler. You can wake up and really believe you died in your sleep and you’re in hell. But nope…you’re just in the SHU. Welcome.

Voices from Solitary: An Open Letter from the Allegheny County Jail