Voices from Solitary: The Torture Chamber 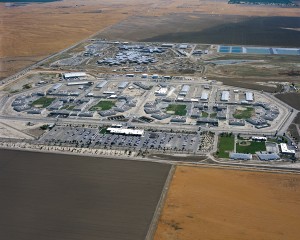 The following was written by Carlos Marsh, who spent 22 months in the Administrative Segregation Unit (ASU) at Pleasant Valley State Prison between 2004 and 2006. His brother is currently incarcerated at Calipatria State Prison and has participated in the current hunger strike. Paralyzed from the chest down since he was 13 following a shooting, Carlos, now free, was incarcerated beginning in 1999 on a drug conviction.  He was placed in the ASU at Pleasant Valley after being accused of orchestrating a riot. “Extended isolation has left numerous scars on my being,” he writes, “I cannot be in crowded places or participate in group discussions.” Reflecting on the current hunger strike, he told Solitary Watch that “I believe that what the inmates are doing is courageous because now someone is finally listening. And all they want is their human rights. What I describe in the essay is just one story of many.” -Sal Rodriguez

Never in my wildest of dreams could I ever have imagined that I could be completely and in every sense of the word cut off from the entire world. Like a severed limb detached from its life source my sense of self withered deteriorating in such a way that I am no longer recognizable even to myself.

What began as a regular day gave way to a riot at Pleasant Valley State Prison. In the aftermath I was approached by a sergeant who asked me, “Who called the shot?” Meaning who incited the riot. To which I replied “I know nothing.” In a blink of a moment I was escorted to the ASU with a green slip stating that two informants had given information that I was responsible for ordering the riot. I was taken aback, because not only did I not have any say in such matters, but I was aghast at the potential implications of such an accusation. My stomach turned at the thoughts that began to drown my mind.

I was speechless in a sort of emotive limbo. I don’t quite have the vocabulary to accurately depict the torture that the four cement walls in ASU can inflict. The officer handed me a single bed sheet, blanket, roll of toilet paper, tooth powder, half a bar of soap, half a tooth brush, a thin white shirt and a pair of boxer shorts. That was the extent of my allowance! Less than the barest and most essential supplies were provided for us weekly. By Thursday all would be gone. Initially I understood that I would be held there for three months. However, every time I would go to committee for review I was told that there was no place to house me because I was deemed, “a threat to the facility”. I wondered how I could be a danger given that I am paralyzed from the chest down. I was consumed by despair because I was in a world that my words had no bearing on. I would go back to the “thinking box” because the reality is that that is all you are left with under this living situation. There is no television, no radio, nothing to occupy the mind.

In the ASU we are allowed ten hours a week in a cage that CDC disguises as a recreational yard. In reality it is nothing more than a cage with a toilet and sink, adjacent to six other cages that are all blocked off by cement walls. Yard time was Monday and Tuesday from 7:00am-11:00am and on Fridays from 7:00am-9:00am. The harshest times were at winter and rainy days because we were only allowed to wear shower shoes, boxer shorts, and a white t-shirt. On the rare occasion we left our cell we were handcuffed at all time. The weekends were especially cruel because there was no movement meaning no yard, no shower, and no mail. In addition, when you do look outside of your cell, you are faced with a white wall. The lonely screams of a desolate soul grasp at any semblance of sanity that you might be hoarding. The C.O’s loud speaker was never loud enough to conceal the bloodcurdling screams. This was truly an assault on the psyche. It would drive me mad. I would reach for my blanket and scream for it to stop. Often these episodes would last for countless hours. I would tell myself that soon it would be nothing more than a bad memory. Those words were essential for maintaining sanity in the ASU.

Twenty-two months went by and I was never able to neither confront my accusers nor examine a shred of evidence against me. This fact on top of the many months in ASU has left me scared and confused. The system can do anything they want with you if you do not collaborate with them. Extended isolation has left numerous scars on my being. I cannot be in crowded places or participate in group discussions. I have a deep seeded distrust of any and all types of law enforcement agencies. Specially, when I’ve also been set up by rampart division back in 1997. And, today when I utilize the public transportation it feels like I am being preyed, ready to be devoured by the same peace officers that have sworn to protect and serve, even at the city college I attend today. I have prison tattoos all exposed on my neck, head, and body.

What the ASU has done to my mental state is beyond unethical. I was serving 9 years for a nonviolent crime and ended up in a torture chamber for almost two years. Those months stand out as the most horrible experiences that I have ever had to endure. I would not wish ASU on my worse enemy. Till this day it bothers me that no evidence was shown to me. It was unreal to try hopelessly to explain myself to a committee. The ASU must be abolished because it was built to break an individual state of mind. Also, they are fixating the individuals human development and only to feel like dead meat rotting.

8 thoughts on “Voices from Solitary: The Torture Chamber”