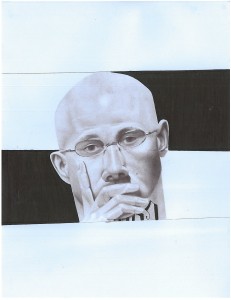 Hunger strike participants are reporting that they are losing significant weight. The San Francisco Bay View reports that Mutope Duguma wrote on July 22nd, “I have lost 33 pounds thus far. I know things will start to turn for the worse real soon.” Another hunger striker wrote to the Bay View that, “At the moment, my energy is too low to discuss current events.” The Prisoner Hunger Strike Solidarity coalition has received similar reports.

The Office of the Receiver has confirmed several hospitalizations of hunger strikers the last few days, including at least one overnight hospitalization. The most recent hospitalization took place on Monday night, with one hunger striker at Pelican Bay being transferred to an off-site hospital for evaluation. Spokesperson Joyce Hayhoe told Solitary Watch that all hunger strikers are receiving “daily nursing checks, additional assessments by nurses based on their daily checks, and subsequent visits to our in-patient infirmaries, our in-house correctional treatment centers or hospitals.”

CDCR head Jeffrey Beard wrote an Op-Ed in the LA Times yesterday, declaring the hunger strike as a “gang power play.” Beard  was previously head of the Pennsylvania Department of Corrections, a system known to house thousands in solitary, including hundreds diagnosed as seriously mentally ill. Beard argues in the Op-Ed that the leaders of the hunger strike are self-interested gang  leaders “directly responsible for at least five ruthless murders, 35 violent assaults, including stabbings, and they have racked up more than two dozen violations for possession of weapons and other contraband.”Ad Hominem attacks against the hunger strike leaders, whatever their factual basis, have been an increasing element of CDCRs portrayal of the current round of mass hunger strikes as gang activity, orchestrated not out of frustration of spending an average of 6.8 years in a confined cell with limited outlets, but merely for the benefit of prison gangs. CDCR has invoked this claim of “gang activity” as justification for restricting the release of information about the hunger strike; Public Information Officers at all facilities have been ordered to refer journalists to the CDCR press office.

Further, Beard notes that not all in the SHU are in solitary. In making this claim, he points to the ability of those in the SHU to have visitation and receive letters. Of course, this ignores the reality that not everyone in the SHU will receive letters and, given how remote SHU facilities are, not all families can afford visists to facilities as far north as Pelican Bay.  Having a cellmate in a SHU cell presents it’s own set of challenges. Sharing a cell designed for one, with confinement in limited cell space for 22 1/2 to 24 hours a day, coupled with  the humiliation of sharing toilets just feet away from where they will eat and sleep, has led some to tell Solitary Watch that having a cellmate can be an infuriating experience. 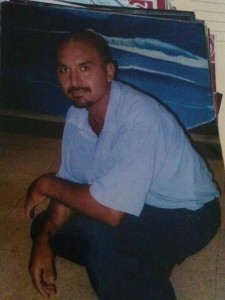 J. Heshima Denham, incarcerated in Corcoran SHU has stated that having cellmates doesn’t lessen the effects of isolation: “All of us have been both with and without cellies over our periods of indefinite SHU confinement. Despite our level of development and continued advancement, it would be the height of hubris for us to contend this isolation has not adversely affected our minds and bodies. For anyone to consider these conditions anything less than torture could only be a prison industrialist or some other type of draconian public official.”

Having a cellmate also doesn’t address the reality that those in the SHU have severely limited access to constructive programming, human contact, or that CDCRs process of validating gang members and associates has, by their own measure, been wrong most of the time in identifying associates and members of prison gangs. Beard provided updated figures on the case-by-case reviews CDCR began in October 2012 of all gang validated SHU prisoners to determine whether or not the person reviewed should be released directly into the general population or placed in the Step Down Program (SDP). The SDP would allow participants to transition out of the SHU in five years, with a four step process with increasing privileges and rehabilitative services as the participant moves up the “steps.” After the fourth step, participants may be released to the general population. The reviews, initially halted when the strike began, appear to have resumed, and Terry Thornton told Solitary Watch that reviews may be resuming with the end of hunger strike activity. According to the latest figures, 399 have been reviewed. Of them, 62%, or about 240, have been released or endorsed for release directly to general population. Presently there are no figures available as to how long the average person released directly to general population spent in the SHU for apparently illegitimate reasons.

Beard also references an incident in which an individual was assaulted for not sharing food with hunger strike participants, which was earlier reported in a CDCR press release. Joyce Hayhoe, according to an LA Times report, recently spoke with a “spectrum” of hunger strikers, some of whom “felt conflicted and pressured not to eat.” Hayhoe also reported that there were also “inmates that were fully supportive of the strike.” These incidents and pressures  add to the complex reality of what is motivating hunger strike participants, though Beard doesn’t acknowledge the other side of the spectrum of motivations, instead insisting that many “participating in the hunger strike are under extreme pressure to do so from violent prison gangs, which called the strike in an attempt to restore their ability to terrorize fellow prisoners, prison staff and communities throughout California.”

Beard cites this review process and the creation of the SDP as reasonably addressing the concerns of the hunger strike participants. Further, Beard insists that the new gang validation process is now based more on “gang-related behavior,” which Beard says is in line with what the hunger strikers have demanded. The hunger strike leaders wrote in their explanation of their Five Core Demands that “employs such criteria as tattoos, readings materials, and associations with other prisoners (which can amount to as little as greeting) to identify gang members.” These criteria are still present in the CDCR gang validation guidelines. CDCR currently uses a point system to assess whether or not a person is a gang member or associate; ten points or above are grounds for validation. CDCR policy states that four of ten points can be possession of “training materials,” which in the past has included possession of pamphlets reference “Marx” and possession of Sun Tsu’s “The Art of War.” Also contrary to Beard’s characterization, “gang-related behavior” remains a vague concept, and the revised system prompted attorney Charles Carbone to blast the revised system as allowing for an even broader definition of gang activity and ultimately more SHU placements.