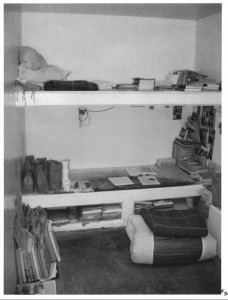 Nearly one thousand California prisoners have been on hunger strike for two weeks. The California Department of Corrections and Rehabilitation (CDCR) released updated hunger strike figures on Monday, July 24th, reporting  986 strikers at 11 prisons across the state. In addition, 42 others at an unnamed facility are continuing to engage in a work stoppage. All hunger strikers at this point, according to California Correctional Health Care Services (CCHCS) policy, are to have received “written information about advance directives and a Physician Order for Life Sustaining Treatment,” and a document informing them ““You may die, even after you start to eat again,” and that “Now is the time for you to think about what medical care you want when you are no longer able to talk to health care staff.”

Solitary Watch has received a confirmation of a previous report that sandbags are being placed at the doors of hunger strikers at California Correctional Institution, Tehachapi. “They have placed sandbags and milk crates with sandbags in front of cell doors,” writes a family member of a hunger striker, “those participating in hunger strike were placed on canteen restriction for next month.” The Public Information Officer at California State Prison, Corcoran, also confirmed this practice at his institution. Pelican Bay State Prison’s PIO has repeatedly refused to answer questions, telling Solitary Watch to “refer to Terry Thornton.” Folsom State Prison’s PIO responds to emails from Solitary Watch with the terse “Please contact OPEC at (916) 445-4950.”

Spokespeople from the CCHCS in contrast have been more responsive to information requests. One spokesperson told Solitary Watch that, “We have had two cases where inmates were seen by a medical facility off prison grounds for medical reasons—both of those individuals were treated, discharged, and returned to their prison.”

Health care staff shall grant participants autonomy in health care decisions related to nutrition and shall not force feed the participant unless one of the following criteria is met:

Family members and supporters of hunger strikers have sent Solitary Watch photos and information about their loved ones. The following are a few that Solitary Watch has received. (If you’d like to contribute, email the author at: sal.solitary@gmail.com) 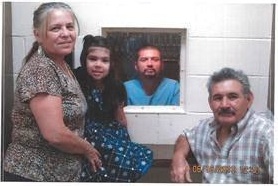 “My husband is a participant of the Prisoners Hunger strike . He is currently in the A/C of San Quentin Prison. He has been there since 2010. Previous to that he was in Pelican Bay Prison in the SHU. I married him in 2004. He had been in there a total of eight years. He was released in 2007. I would like to share his story along with his photo for not only the current situation but as being a witness what solitary confinement does to the human being. I have personally woke this man up from Night Terrors, from being in the SHU. He could not stand loud noises and large crowds would bother him at first .

He would have violent outburst as he was asleep if he heard anyone approach him . As I said he is now in San Quentin on death row. The reason he is there is because he killed someone. There was no transitional program to help him to be productive in society once released from the SHU into the world. He never got in trouble while in the SHU but because he was validated as a Northerner during a riot in the 1990’s he was placed in the SHU for the duration of his incarceration unless he debriefed. I can tell you from personal experience that him being placed in the SHU for years, that his mental physical capabilities were definitely affected. Now he is sitting on Death Row I know he did wrong but if you cage anything or anyone for years and then set it/him/her free what do they expect?” 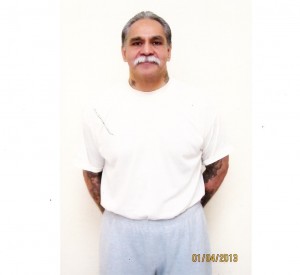 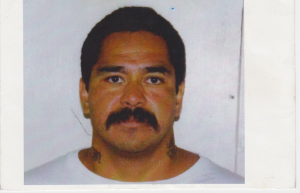 Alfred Sandoval has been in the Pelican Bay SHU since 2001, and had previously been held in the San Quentin Adjustment Center for fifteen years. While in the Adjustment Center, he was able to at least has sun exposure. In the windowless Pelican Bay, this is not the case. As a result, he has become significantly pale compared to how he was in 1997.

He wrote the following a few days before the July 1st, 2011 hunger strike:

“Let me begin with a quote “The degree of civilization may be judges by entering its prisons.”

As a prisoner housed in the isolation control unit known as the “Short Corridor” of Pelican Bay State Prison, D-Facility SHU, I decided to write and expose and hopefully bring attention to the daily abuses being committed by administrators and correctional officers as part of a concerted effort lead by the Office of Correctional Security (OCS) to psychologically and physically “break” prisoners by any means.

In 2001 I was transferred to this gulag from San Quentin’s Death Row where I had spent approximately 15 years in the adjustment center. On the first day I arrived, I was told in no uncertain terms that I would “die here one way or another” and that I was “a cancer to be cut out.”

10 thoughts on “One Thousand California Hunger Strikers At Two Weeks”