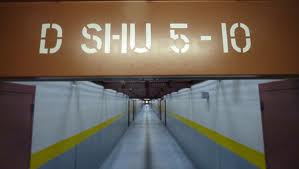 On Monday, July 8th, California prisoners launched their third hunger strike in two years, protesting conditions in the Security Housing Units (SHUs), where thousands of prisoners are held in segregation units designed to limit communication. While the largest one-day participation of the prior two strikes rose to over 11,000, Monday’s strike began with a historic 30,000 people inside California’s prisons refusing breakfast and lunch.

The Los Angeles Times reported that two-thirds of California’s prisons are known to have reported meal refusals, including four out-of-state facilities. Also according to the Times, 2,300 individuals did not attend work or educational classes, with many of them presumably doing so in solidarity with the hunger strikers.

In a phone call with Solitary Watch this morning, California Department of Corrections and Rehabilitation (CDCR) spokeswoman Terry Thornton stated that updated numbers will not be available until later this afternoon, and Thornton emphasized that a hunger strike is not officially declared until an individual refuses nine consecutive meals, and that while inmates may refuse state-issued meals, they may also eat canteen items.

Solitary Watch inquired with CDCR as to the review process, which began last year, of more than 3,000 SHU prisoners throughout the state placed there for being affiliated with certain prison gangs. CDCR has stated its intention of reviewing all individuals in the SHU to determine whether or not they should be: retained in the SHU, placed in the Step Down Program by which they could hypothetically get out of the SHU in four years, or transferred to the general population immediately.

According to Thornton, as of June 28th, 382 reviews have been completed. Of them, 208 were approved for immediate transfer to the general population, indicating that they were not engaged in gang activity; 115 were placed in the Step Down Program; and the remaining 59 were retained in either the SHU or Administrative Segregation Unit (ASU). The 59 were retained either for undefined “safety reasons” or because they were dropping out of their gangs. Thornton told Solitary Watch that these reviews will continue despite the hunger strike, and does not foresee these reviews being disrupted by strike activity.

In the meantime, the state has issued guidelines on how to deal with prisoners who are on hunger strike, including those who are starving and near death. This morning the California Correctional Health Care Services (CCHCS) issued a press release outlining “policies, procedures, and care guides” for use during a prison hunger strike. The release, which suggests that officials are preparing for a prolonged strike, is accompanied by several detailed documents.

One of these documents is a guide for health care practicioners titled CCHCS Mass Hunger Strike, Fasting & Refeeding Care Guide, and includes guidelines on managing the health care of prisoners through various “stages of fasting” and their “voluntary refeeding” after a period of starvation, which presents health care risks of its own. It includes a series of educational handouts describing the risks of permanent damage or death from refusing nutrition, and advises them to fill out advance directive form “if you do NOT want health care staff to give you medical care when you are not able to speak,” and “Health care staff will not give you food or fluid as long as you make it clear that you do not want them to.”

Another policy document includes a section on “Informed Consent and Intervention,” which states:

Health care staff shall grant inmate-patients autonomy in health care decisions related to nutrition and shall not force feed the inmate-patient unless one of the following criteria are met:

Both documents suggest that CDCR does not plan to undertake the kind of mass force-feeding that has been so controversial at Guantanamo. They also suggest that the state is willing to countenance a long and possibly deadly hunger strike rather than meet the demands laid out by the participants.