Voices from Solitary: Your Imagination, But My Reality 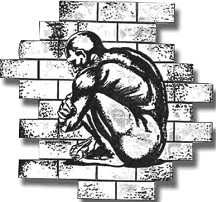 The following was written by Troy Hendrix, who is currently serving a life sentence at Elmira Correctional Facility, a maximum security facility located in south central New York State. For the last seven years, Hendrix, 29, has been held in administrative segregation, meaning that he’s in solitary confinement indefinitely. In this powerful piece, Hendrix asks readers to imagine the agonizing conditions to which he is subjected day after day in extreme isolation. “This is your imagination,” he writes, “but this is my reality.”

Hendrix’s entry comes from his blog on Between the Bars, a prison blogging platform that “aims to provide a positive outlet for creativity, a tool to assist in the maintenance of social safety nets, an opportunity to forge connections between people inside and outside of prison, and a means to promote non-criminal identities and personal expression.” Contact him through his blog or by writing: Troy Hendrix #06A2056, Elmira Correctional Facility, P.O. box 500, Elmira, New York 14902-0500.  —Lisa Dawson

Imagine this:… 4 walls and steel doors… Being isolated to a cell 22-24 hours a day, 7 days a week, 365 days a year… Being confined this way indefinitely… Being isolated for years upon years, until you are psychology, and emotionally damaged… Being isolated for so long, that your thinking becomes distorted, behavior becomes irrational, and mood becomes unstable… Being amongst individuals who become so overwhelmed by this isolation, that self harm and suicide seems to be the only outlet… Being in isolation, where daily idleness results in lethargy… Being in extreme isolation, where minds are rotted out, hearts become frigid, and spirits become broken… This is your imagination, but this is my reality.

SOLITARY CONFINEMENT… Two words that ring loud and clear in your mind’s eye, whenever you hear it spoken, or see it written. But solitary confinement is far more worse than what you picture in your mind’s eyes, because the actual reality of this confinement is devastating. Everything about this environment is abnormal, but after spending the last 7 years in this environment, I have become a product of it. The abnormalities of this environment, that I once viewed as abnormal, now seems “normal” in my mind. I do not exactly know when I began to view my surroundings as “normal,” but somewhere along the way, my thinking changed. This happens frequently in solitary confinement, because most of the time, you do not even realize that you are miserable, bitter, delusional, socially withdrawn, hypersensitive, and mentally and emotionally damaged. Someone usually has to point this out to you.

The abnormality of this environment is clear for everyone to see, but only those living, or working in it are truly affected. The following picture that I paint (vividly), will show you this abnormality… It begins with the cells and the structure of them. They vary in size at each facility, but they all have the same effect, and impact on the mental. The doors are steel, and the 4 walls that surrounds us, seem to close in at times. These same walls are painted a dull white, or beige color, which is a very depressing sight. The cells consist of a sink, toilet (some facilities have showers inside cells), and a mattress as hard as the floor we walk on. The definition of “bathroom,” is “a room containing a bathtub or shower, and usu. sink and toilet.” So the reality is that we eat, sleep, and spend 22-24 hours a day in a “bathroom.” From the outside looking in, these cells give off the impression of a cage, used to confine a wild monkey. (The cages used for daily 1 hour recreation outside, give off this impression also). Long periods of time spent in this confinement, and one could lose himself, and actually become as wild as a monkey.

The barbarous and uncivilized behavior, is a very big part of this environment, and many are a product of it. Arguments amongst solitary confinement prisoners, is the daily norm. Frustration, misery, and bottled up rage, lead to verbal degradation, and this is done at the highest level possible. Since there isn’t any physical contact, verbal degradation is carried out instead. “Biological warfare,” is another form of savagery that is done at the highest level possible. This “warfare” involves feces, urine, and/or saliva, and is one of the worst forms of degradation in solitary confinement, if not the worst. It is common for an officer or prisoner to have these things thrown, or spit on or at them. Another tactic in “war” that is used, entails depriving one of sleep, by kicking and banging on their walls whenever they attempt to sleep. I have not taken part in any forms of savagery, but when I witness it, or hear of it occurring, I am no longer disgusted because I’ve become numb to this type of behavior.

Despite all the loud babbling, shouting, cursing, and banging, that occurs on a daily basis, solitary confinement is a very lonely place. In these cells, one’s thoughts are in constant overdrive, and creating a fantasy world in one’s mind, is most common. Escaping reality for awhile is necessary, but many become so engulfed in these worlds, that at times they find it difficult distinguishing fantasy from reality.

During the past 7 years that I’ve spent in this extreme isolation, I experienced, and still experience bouts of depression, hopelessness, loneliness, anxiety, bottled up rage, and mental anguish. Living in this extreme isolation for long periods of time, will take a toll on your psychological, and emotional well being. Whether you notice it or not, this confinement will take a part of you, it is inevitable. There is nothing beneficial or therapeutic about extreme isolation, it only breeds despair, depression, rage, loss of impulse control, anxiety, misery, distorted thinking, hypersensitivity, and mental illness. Spending your days, weeks, months, and years isolated indefinitely, in an abnormal environment… Is your imagination, but this is my reality.

4 thoughts on “Voices from Solitary: Your Imagination, But My Reality”