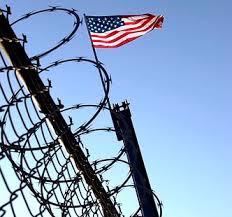 A cover story in yesterday’s The New York Times exposes the widespread use of solitary confinement on immigrant detainees. Citing figures that it says are incomplete and “probably low,” the Times states:

On any given day, about 300 immigrants are held in solitary confinement at the 50 largest detention facilities that make up the sprawling patchwork of holding centers nationwide overseen by Immigration and Customs Enforcement officials, according to new federal data.

Nearly half are isolated for 15 days or more, the point at which psychiatric experts say they are at risk for severe mental harm, with about 35 detainees kept for more than 75 days.

While the records do not indicate why immigrants were put in solitary, an adviser who helped the immigration agency review the numbers estimated that two-thirds of the cases involved disciplinary infractions like breaking rules, talking back to guards or getting into fights. Immigrants were also regularly isolated because they were viewed as a threat to other detainees or personnel or for protective purposes when the immigrant was gay or mentally ill.

The article goes on to tell the stories individual immigrant detainees, describing some of the shocking reasons for their placement in solitary:

After federal immigration authorities caught up with him, Rashed BinRashed, an illegal arrival from Yemen, was sent to a detention center in Juneau, Wis. He was put in solitary confinement, he says, after declining to go to the jail’s eating area and refusing meals because he wanted to fast during Ramadan.

Federal officials confined Delfino Quiroz, a gay immigrant from Mexico, in solitary for four months in 2010, saying it was for his own protection, he recalls. He sank into a deep depression as he overheard three inmates attempt suicide. “Please, God,” he remembers praying, “don’t let me be the same.”

About 1 percent of detained immigrants are placed in solitary, but as the Times points out, “this practice is nonetheless startling because those detainees are being held on civil, not criminal, charges. As such, they are not supposed to be punished; they are simply confined to ensure that they appear for administrative hearings.”

Dr. Terry Kupers, a psychiatrist and one of the nation’s leading experts on the human costs of solitary, told the Times:  “I.C.E. is clearly using excessive force, since these are civil detentions. And that makes this a human rights abuse.”

The piece also describes the conditions that immigrants in solitary endure–conditions more or less identical to those of supermax prisons:

While the conditions of confinement vary, detainees in solitary are routinely kept alone for 22 to 23 hours per day, sometimes in windowless 6-foot-by-13-foot cells, according to interviews with current and former detainees and a review of case records involving more than three dozen immigrants since 2010.

Access to phones and lawyers is far more restricted in solitary; occasionally such communications were permitted only in the middle of the night when it was unlikely anyone would be available. Immigrants are typically given an hour or so of recreation each day, detainees said. In some facilities, that is limited to pacing in what detainees call “the cage,” a sparse indoor enclosure with concrete floors and fencing on all sides, similar to an indoor dog kennel…

Although the immigration agency’s new guidelines limit the use of solitary to 30 days for each disciplinary infraction, there are exceptions, and such confinement can be indefinite, according to data obtained by the National Immigrant Justice Center and the Investigative Reporting Workshop, a nonprofit journalism organization based at American University.

Solitary confinement is widely viewed as the most dangerous way to detain people, and roughly half of prison suicides occur when people are segregated in this way. Deprived of meaningful human contact, otherwise healthy prisoners often become deeply troubled. Paranoia, depression, memory loss and self-mutilation are not uncommon. No data is available on how many of the 18 suicides out of 133 deaths of detained immigrants since 2003 occurred in solitary units.

This must-read article appears in full here. For more on the solitary confinement of immigrant detainees, see the report released last September by the National Immigrant Justice Center and Physicians for Human Rights.