Voices from Solitary: "Where Cold, Quiet and Emptiness Come Together" 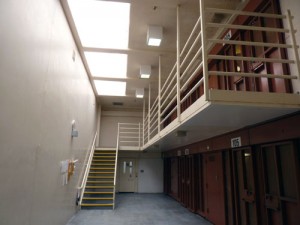 The following entry was submitted by California Prison Focus on behalf of Cesar Francisco Villa, 51, a “gang-validated” prisoner incarcerated in Pelican Bay State Prison’s Security Housing Unit (SHU). For eleven years, he has been held in solitary confinement in the SHU, subject to an indefinite term in solitary because, he says, he isn’t a gang member. “To be considered an inactive gang member (eligible for release), you must turn over gang information.  But if you are not a member, what do you have to turn in? Nothing,” he writes. The gang validation process, in which prison investigators determine whether or not prisoners are members of certain prison gangs and segregate them indefinitely in the SHU, has been criticized at California Assembly hearings in 2011 and 2013 as lacking proper oversight and providing effective due process. Currently, thousands of prisoners in California are serving SHU terms for gang validation, most in solitary confinement.

“Each morning wakes the potential for disaster.  Each morning starts with anger before the anxiety,” Villa writes of the the frustrating monotony of life in the SHU, where he has since developed arthritis in the spine, hepatitis, a thyroid condition and high blood pressure.  Below is an excerpt from a powerful description of life in the SHU, from a letter he wrote to California Prison Focus. For the full version, in PDF format, click here. –Sal Rodriguez

When we talk of the SHU and the affects the conditions have on the psyche, it’s not a simple construction one can wrap his or her mind around.  Understanding the treatment of Pelican Bay inmates takes some getting used to.  Understanding this sickness that runs rampant in the minds of prison officials leaves knots in the pit of bellies.

Nothing can really prepare you for entering the SHU.  It’s a world unto itself where cold, quiet and emptiness come together seeping into your bones, then eventually the mind.

The first week I told myself:  It isn’t that bad, I could do this.  The second week, I stood outside in my underwear shivering as I was pelted with hail and rain.  By the third week, I found myself squatting in a corner of the yard, filing fingernails down over coarse concrete walls.  My sense of human decency dissipating with each day.  At the end of the first year, my feet and hands began to split open from the cold.  I bled over my clothes, my food, between my sheets.  Band-aids were not allowed, even confiscated when found.

My sense of normalcy began to wane after just 3 years of confinement.  Now I was asking myself, can I do this?  Not sure about anything anymore.

Though I didn’t realize it at the time—looking back now—the unraveling must’ve begun then.  My psyche had changed—I would never be the same.  The ability to hold a single good thought left me, as easily as if it was a simple shift of wind sifting over tired, battered bones.

There’s a definite split in personality when good turns to evil.  The darkness that looms above is thick, heavy and suffocating.  A snap so sharp, the echo is deafening.  A sound so loud you expect to find blood leaking from your ears at the bleakest moment.

The waking is the most traumatic.  From the moment your bare feet graze the rugged stone floor, your face begins to sag, knuckles tighten—flashing pale in the pitch of early morning.  The slightest slip in a quiet dawn can set a SHU personality into a tailspin:  If the sink water is not warm enough, the toilet flushes too loud, the drop of a soap dish, a cup … In an instant your bare teeth, shake with rage.  Your heart hammers against ribs, lodges in your throat.  You are capable of killing anything at this moment.  Flash attack; a beating, any violent outburst that will release rage.

This would be the time it’s best to hold rigid.  Take a deep breath.  Try to convince yourself there’s an ounce of good left in you.  This is not a portrait you wish anyone to see.  And then a gull screeches passing outside—another tailspin and you’re checking your ears for blood.

And this is a good day.

Eleven years has passed since I entered the SHU on gang validation.  This year I’ll be 52-years-old.  My cognitive skills over this past decade has taken an odd turn.  The deterioration is discernible. When I first arrived I was attentive and if you’ll excuse the expression, bright-eyed.  I thought I could beat “this thing” whatever “this thing” was.  I confess—I was ignorant.

Today, I could be found at my cell front.  My fingers stuffed through the perforated metal door—I hang limp—a mechanism forged of heavy gauge.  My head angled in a daze.  My mind lost in a dense fog of nothingness.  I’m withering away—I know it—and I no longer care.  Hopelessness is a virus I hide under my tongue like some magic pebble, as if the shiny stone could assist in organizing thoughts; decipher warbled language from convicts without stones without tongues in a cellblock of grunts and floods of ignorance.  Concentration is an abstract invention for those with half a mind if half a mind is a terrible thing to waste.  And someone screams behind me, “waste not want not.”  But what’s to waste when all you are is a virus that no one’s allowed to touch.

Funny … when I think of validation, I remember Fridays after work—cashing my paycheck—handing over a parking ticket to the bankteller, asking to be validated and I thought, how cool is this: validation for free!

Yes, this is me—the ignorant one. Today, wasting what’s left of the other half.

If I were to imagine life outside of Pelican Bay, outside of the SHU—I’d have to imagine a hospital.  And between me and you, I don’t like hospitals.  I don’t like the stench of sanitized sheets, industrial strength ammonia.  Gowns that open from the back.  Polka dots and paper slippers.  Looney tunes in looney beds, leather straps and leather masks.  Shocks and shots and broken ribs.

The truth is we’re all broken in our own way.  We’ve been undone, unwound.  The inside of our plastic skulls—raked and routed.  A composition of cracks and fissures where nothing will ever be the same again.

8 thoughts on “Voices from Solitary: "Where Cold, Quiet and Emptiness Come Together"”