A court-appointed consultant, forensic psychiatrist Dr. Raymond Patterson, has reported that the California Department of Corrections and Rehabilitation (CDCR) has failed to effectively combat the large and escalating problem of suicides in the California prison system. According to reporting by KPCC, Patterson despondently asserted that his making any additional recommendations would be “a further waste of time and effort,” as recommendations over many years have gone unheeded.

The report comes as U.S. District Judge Lawrence Karlton is preparing a decision on whether or not California’s mental, mental health, and dental care must continue to be monitored by federal courts. In August 2012, then-CDCR Secretary Matthew Cate issued a plan to end federal oversight of California prison health care. “My goal is to end federal court oversight of medical, mental health and dental care by next year,” Cate said. Though Cate resigned in October, his enthusiasm for lifting federal court oversight has been championed by California Governor Jerry Brown. Brown has argued that California has made significant leaps in improving prison health care and addressing overcrowding.

According to reporting by the Los Angeles Times, the March 13 report by Patterson and five other experts reviewed 15 of 32 suicides in 2012. The report notes that prisoners housed in segregation units, Administrative Segregation Units and Security Housing Units, have a 33 times higher chance of suicide. According to Amnesty International, between 2006 and 2010, there was an average of 34 suicides in the California prison system a year, with 42 percent occurring in segregation units.

According to the LA Times reporting, “13 of the 15 deaths showed some form of inadequate assessment, treatment or intervention.” Three of the 15 prisoners had already undergone rigor mortis, meaning hours had gone by from the time of their death to the time they were found. Further, the California prison suicide rate of nearly 24 per 100,000 exceeds the national state prison average of 16 per 100,000.

The report comes weeks after news that the state of California had “suppressed a report from its own consultant warning that California’s prison suicide-watch practices encouraged inmate deaths.” In 2011, suicide prevention expert Lindsay Hayes found that the conditions of California’s suicide watch units contributed to suicides. The units, described by the LA  Times as “dim, dirty, airless cells with unsanitized mattresses on the floor,” were inadequately operated. In reviewing 25 suicides, Hayes found that seven prisoners killed themselves within hours of release from suicide watch. Calling the suicide watch practices “anti-therapeutic,” he found that in 17 of the suicides there were notable lapses in care, including infrequent checking in on prisoners and failure to conduct CPR.

Solitary Watch is aware of and has reported on five suicides in the California prison systems segregation units.

On September 16th, 2011, Johnny Owen Vick,30, committed suicide in the Pelican Bay State Prison Administrative Segregation Unit. Vick’s family has told Solitary Watch that he had long had mental health problems, and had been incarcerated for over twenty years.

Four days later, Armando Cruz, 28, committed suicide at California State Prison, Sacramento’s Psychiatric Services Unit. Cruz, incarcerated as a 17 year old, had entered the prison system with a diagnosis of schizophrenia following an attack on a police officer. Over the course of a decade, he would spend years in solitary confinement largely following disruptive incidents seemingly instigated by his heavily documented mental health problems.

On October 24th, 2011, Alex Machado committed suicide in Pelican Bay State Prison’s Administrative Segregation Unit. Validated as a gang associate in 2010, he was transferred to Pelican Bay. The man who was once known for his intelligence and helping other prisoners file legal documents gradually deteriorated in isolation. Hearing voices and perceiving visual hallucinations at times, he attempted suicide in June 2011. Nevertheless, he remained in isolation until the day of his death. Fellow prisoners on his cell told California Prison Focus that Machado had been screaming for help on the day of his death. 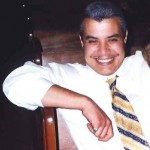 In November 2011, the San Francisco Bay View reported that Calipatria State Prison Administrative Segregation Unit prisoner Hozel Blanchard had been found dead in his cell. Blanchard, who had participated in the widespread hunger strikes protesting against long-term solitary confinement and demanding a litany of reforms, had reportedly feared for his life before his death.

In August 2012, Corcoran State Prison SHU prisoner Armando Morales was found hanging in his cell. A Watts, California native, Morales had been incarcerated since he was a teenager. He had spent at least six years in the SHU.

For more on the widespread problem of suicide in prison and solitary confinement units, click here.