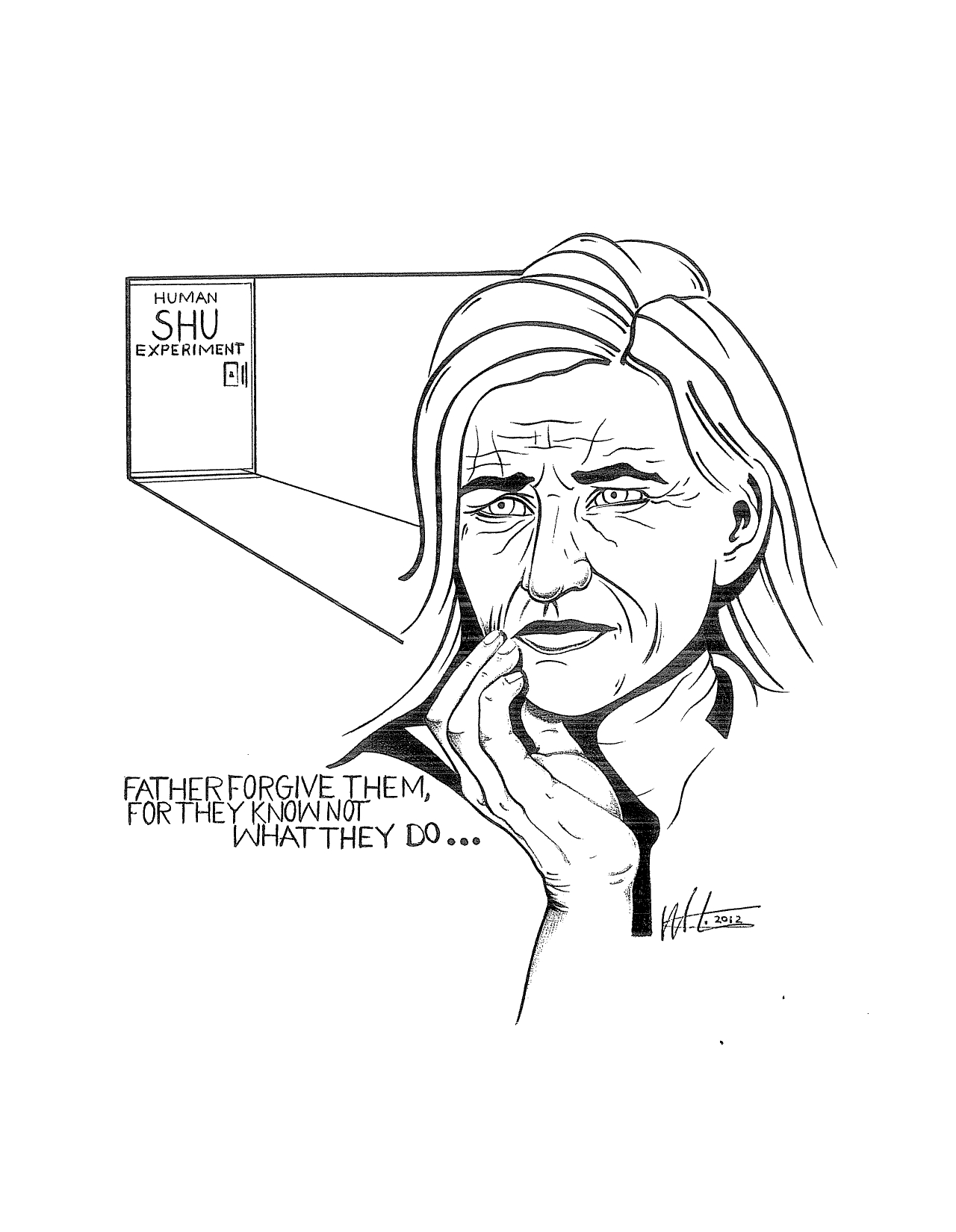 The following piece, and accompanying artwork, comes from an inmate in Pelican Bay State Prison’s Security Housing Unit. He is among the over 1,100 inmates at Pelican Bay to be held in isolation from general population. SHU inmates in California generally spend 22 1/2 hours in a cell alone, for an average of over 6 years. In this letter, the inmate blasts the premise of the SHU, and argues that it amounts to nothing more than the “equivalent of waterboarding” to “extract information from [gang] validated inmates.” –Sal Rodriguez

California Dept. of Corrections and Rehabilitation (CDCR) Isolation facilities (SHUs) are unique in relation to other supermax facilities in the nation, in that they lock up and house inmates indefinitely without having committed prison rules violations.

They are isolated solely based on the identification as a gang associate, absent any actual gang misconduct charges supporting gang involvement.

The inmates are classified by CDCR as a threat to the safety and security of the central prison population. However, CDCRs own policies undermine these allegations because the CDCR will release these inmates from isolation promptly if they debrief, ie. become prison informants while in SHU. Yes, in exchange for information the CDCR will release them from their torturous SHU confinement (this is  illegal coercion). This exchange discredits CDCRs claim that these inmates are a threat (a danger that requires segregation).

If such was the case, any amount of information cannot remedy that alleged concern. Instead this exchange exposes CDCRs true objective, which is to extort information from prisoners by the threat of indefinite isolation and sensory deprivation. It’s no different than the methods used by tyrants and dictator nations. The SHU is California’s equivalent of waterboarding, for the purpose of extracting information from validated inmates. A SHU housed validated inmate cannot achieve release from isolation by good behavior–but it is guaranteed release if he becomes an informant. A blind man can see what’s going on here in California SHUs. It’s all about extorting the perceived information CDCR suspects an inmate may know.

The end game for CDCR is to break these inmates by turning them into prison informants by debriefing. It’s not about good conduct or actual threats.