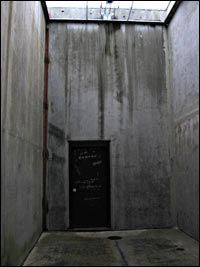 It’s been two weeks since a group of inmates in Pelican Bay State Prison’s Security Housing Unit stopped eating. Their hunger strike was launched to protest conditions in solitary confinement in California’s oldest and largest supermax, where they spend at least 22 1/2 hours a day locked down in their cells, and the remaining time alone in concrete exercise yards. Many have been in the SHU for years or even decades, with little hope of ever leaving it alive–an extreme situation that, to their minds, called for extreme measures.

Since the strike began, it has spread to 13 of the state’s 33 prisons, where–according to the California Department of Corrections and Rehabilitation’s own figures–some 6,600 have refused at least some meals. But the heart of the protest remains in the SHUs at Corcoran State Prison and at Pelican Bay, where a core group of several dozen men say they are “committed to taking this all the way to the death, if necessary,” according to strike organizer Todd Ashker.

Information from this prison-within-a-prison is by nature difficult to come by and impossible to verify, but news of the strikers trickles out through family members and supporters. Today, the Prisoner Hunger Strike Solidarity coalition reports that it received an “urgent update from medical staff” at Pelican Bay. According to the coalition, a “source with access to the current medical conditions who prefers to be unnamed” said: “The prisoners are progressing rapidly to the organ damaging consequences of dehydration. They are not drinking water and have decompensated rapidly. A few have tried to sip water but are so sick that they are vomiting it back up. Some are in renal failure and have been unable to make urine for 3 days. Some are having measured blood sugars in the 30 range, which can be fatal if not treated.” Family members who visited SHU prisoners over the weekend have reported that they are visibly thinner, sicker, and weaker.

How long does it take for a man on hunger strike to starve to death? The answer depends on what kind of physical shape that man was in to begin with–but in any case, it doesn’t take long. The body begins feeding on itself after just 24 hours without food. It usually begins to show severe symptoms of starvation, including organ failure, at about five weeks. Without fluids, death comes much sooner, typically in less than two weeks. In 1981, it took the ten Irish Republican hunger strikers (who were drinking water) from 46 to 73 days to die in Britain’s Maze Prison outside Belfast.

Will it come to this is California? Based on the response so far from the state of California, it appears that it could.

The hunger strikers’ list of five “core demands” is far from radical. In large part, it is based on the recommendations of the bipartisan U.S. Commission on Safety and Abuse in Prisons, which in 2006 called for substantial reforms to the practice of solitary confinement. Segregation from the general prison population, the commission said, should be “a last resort,” and even in segregation units, isolation should be mitigated and terms should be limited. Beyond this, the strikers want an end to group punishments, and to the system of gang “validation” and “debriefing” by which prisoners are held in the SHU indefinitely, and released only when they “snitch” on others. And they want provision of “adequate food” and “constructive programming and privileges for indefinite SHU status inmates.”

Supporters say that the demands are negotiable, and the strikers have communicated that they would welcome outside mediators. But the California Department of Corrections and Rehabilitation “is not going to be coerced or manipulated,” spokesperson Terry Thornton told the New York Times, explaining the CDCR’s steadfast position against negotiating with the hunger strikers.

The responses thus far from the CDCR have been uniformly hostile and sometimes dismissive. Thornton told a California public radio reporter that prisoners might be clandestinely eating. “Some inmates have been seen eating food items that they’ve purchased from the canteen,” she claimed. “Some have not. Some inmates are refusing to be weighed. That may be an indication that they are eating. It’s really hard to say because they’re refusing that medical evaluation.”

California prisons are being monitored by the federal government, in response conditions so poor as to be “intolerable with the concept of human dignity,” according to a recent landmark decision by the Supreme Court. But the court-appointed federal receiver in charge of prison health care, likewise dismissed reports that some prisoners’ health problems were growing dire. “I think the information that’s in the news release is largely exaggerated,” Nancy Kincaid told the radio station. “At this time we have no inmates who are refusing liquids and we have no report of inmates who are refusing medication. There are inmates who are refusing medical care. They have the right to do that.”

Thornton has also told the San Francisco Chronicle that the prisoners should make their demands heard through other means. “There are appropriate ways of registering your concerns,” she said, “and even though this hunger strike has been peaceful, this is not the way to register those concerns.” But prisoners say they have pursued these other means, and found them futile. “The basis for this protest has come about after over 25 years, some of us 30, some up to 40 years, of being subjected to these conditions,” Todd Ashker said in a statement released by lawyers. “Of our 602 appeals, numerous court challenges have gotten nowhere.”

In addition, some of the prisoners have been in the SHU long enough to remember the hunger strike that took place exactly 10 years ago, when 600 Pelican Bay prisoners stopped eating for 10 days, and the CDCR agreed to reviews its policies on gang validation and debriefing. A decade later, inmates say, virtually nothing has changed.

“They are protesting conditions that they say are torturous and inhumane,” Molly Porzig of the Prisoner Hunger Strike Solidarity coalition told the Chronicle. “They feel the Department of Corrections  and Rehabilitation will not make any meaningful or long-term change until they start dying, and they’re willing to take it there.”

Asked to comment on the strike, David Fathi, director of the ACLU National Prison Project, said: ““It’s testimony to the suffering caused by solitary confinement that some prisoners are apparently willing to starve themselves to death rather than continue to live under those conditions.”