First published in 2016 by The New Press, ​Hell Is a Very Small Place: Voices from Solitary Confinement​ is the first book to feature firsthand accounts—both writing and oral history—about the experience of solitary confinement in U.S. prisons, jails, and detention centers. It includes pieces by 16 currently and formerly incarcerated men and women.

Two of the book’s three editors, Jean Casella and James Ridgeway, are co-directors of Solitary Watch; its third editor, Sarah Shourd, was herself held in solitary confinement in an Iranian prison, and has since addressed the issue through activism, writing, and art.

This new reading guide provides discussion questions and activities for four of the pieces in the book.

• The book’s introduction, which provides a brief history of solitary confinement and a summary of its effects.

• “A Sentence Worse Than Death,” written by a man held in solitary confinement for 25 years.

• “On the Verge of Hell,” by a woman who experienced years of solitary confinement while also contending with other abuse.

• “Invisible,” by a man recently released from prison who finds that the scars of solitary follow him into the outside world.

Other firsthand accounts in the book deal with solitary confinement from a variety of perspectives, including a young man placed in isolation while still a child, a transgender woman held in solitary in immigrant detention, and incarcerated people fighting back against their inhumane treatment. The book concludes with essays by experts that provide psychological, legal, and ethical perspectives on solitary.

The reading guide, written by Nicole Capozziello for Solitary Watch, is intended for use by educators and students at the high school, college, and continuing education levels; for community, faith-based, and prison reading groups; and for anyone who wishes to enter the hidden world of solitary confinement to listen to the voices of people who live there. Click on the image below to download a PDF of the complete 10-page guide. 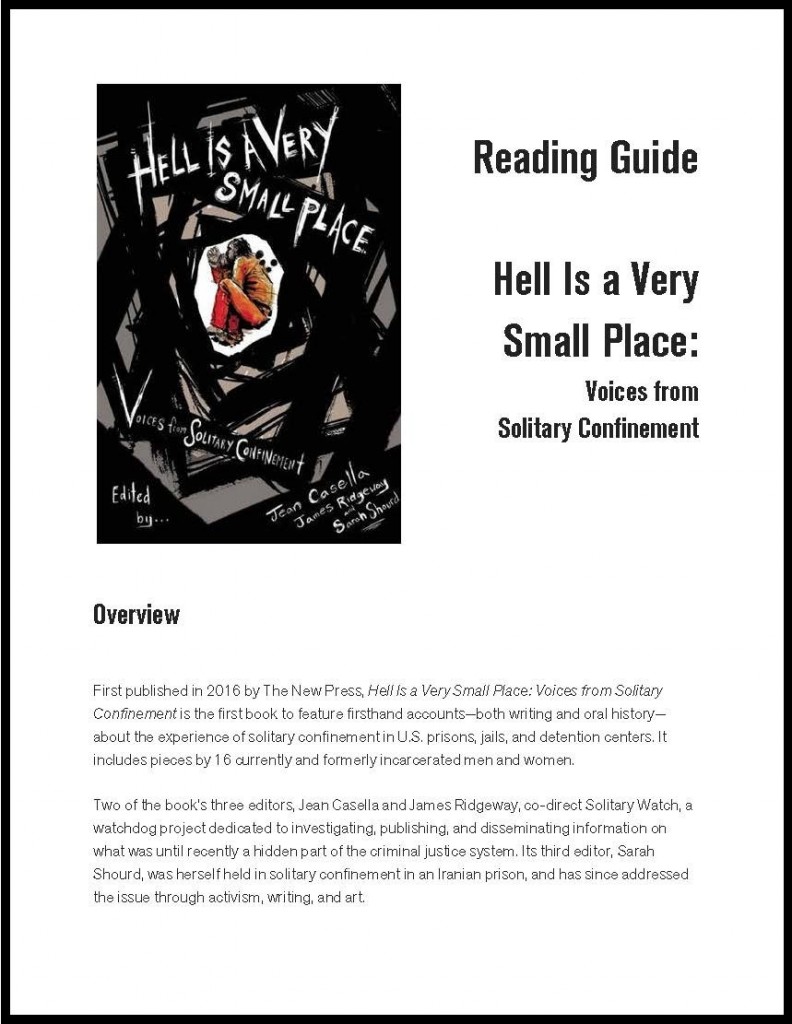