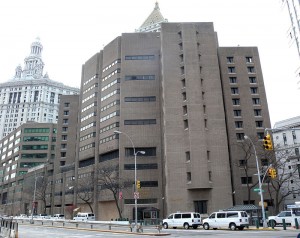 On Monday, Human Rights Watch (HRW) in association with Columbia Law School released a 214-page reported entitled Illusion of Justice: Human Rights Abuses in US Terrorism Prosecutions. While the report and accompanying video document a wide range of human and civil rights abuses faced by alleged and convicted terrorists, nearly all of whom are Muslims, a significant portion of the text focuses on the restrictive and arguably torturous conditions of confinement they endure both before and after trial.

Extensively detailed in the report are the conditions endured by those placed in Florence ADX federal supermax prison and in the federal Bureau of Prisons’ two Communication Management Units (CMUs), located at Marion, Illinois and Terre Haute, Indiana. Describing life at ADX, one individual interviewed for the report commented, “There’s a lot of times the walls are caving in. It’s – you can’t talk to nobody… It’s like staying alone in a bathroom for three days.”

In the two CMUs – nicknamed “Little Guantanamos” — “inmates are constantly surveilled and their communication with the outside world is heavily restricted,” including with their families. The Center for Constitutional Rights has previously described the CMUs as an “experiment in social isolation.”

Also featured in the report is an analysis of the use and misuse of Special Administrative Measures (SAMs), restrictions placed on inmates, attorneys and even their families purportedly to protect national security or prevent the disclosure of classified material. As authors note, “SAMs often require the imposition of extreme physical and social isolation. In the order we obtained through a FOIA regarding 20 to 22 prisoners, SAMs banned at least 20 prisoners from ‘making statements audible to other prisoners or sending notes’ and required them to be housed in single cells ‘separated as much as possible in cellblock area form other inmates.’”

SAMs also enhance isolation by preventing prisoners from communicating with the outside world – for example, letters to family are limited to “‘3 pieces of paper, once per week, single recipient’” and visits “require 14 days’ notice and can include only one adults at a time.” Severe restrictions are also placed on material coming to the inside; one prisoner was even initially denied access to both of President Obama’s books.

The report also specifically addresses how the imposition of SAMs and the use of solitary confinement pre-trial may affect the fairness and constitutionality of the courts:

Prolonged pretrial solitary confinement not only raises concerns of cruel and inhumane treatment of punishment, but it also has an impact on defendants’ ability to assist in their own defense, and may compel them to wave their trial rights and accept plea deals.

According to the report, 30 out of the 52 individuals currently facing federal terrorism charges are being held in Special Housing Units (SHUs). The conditions at the Metropolitan Correctional Center (MCC) 10-South unit – where many terrorism defendants have been held pre-trial – are described at length in the text. In a letter to his sister, an individual who spent 33 months in solitary confinement at MCC described “a bright light on for twenty-four hours” and cells “extremely cold throughout the year.”

MCC is the prison where the No Separate Justice Campaign has been holding its monthly vigils, in hopes of shining a light on the exact kind of injustices detailed in HRW’s report. It is also where Mahdi Hashi, the Briton stripped of his citizenship and rendered to the United States last year, is being held in 24-hour isolation. In an April 2014 article published on Vice, Mohammad Hashi explained how being held under SAMs and in solitary confinement was impacting his son: “It’s like they want to demoralize him… If you’re left locked in a room, 23 hours a day, knowing nothing about what’s going on, obviously you will give up, life will have no meaning to you.”