Jamie and Gladys Scott walked out of prison today into the free world. The sisters were convicted, on dubious grounds, of an $11 armed robbery, and sentenced to life in prison. Both sisters lost 17 years of their lives behind bars before Mississippi Governor Haley Barbour suspended the remainder of their draconian sentences; Jamie also forfeited her health, and […]

Solitary Watch’s James Ridgeway was interviewed yesterday on WBUR radio’s “Here and Now” program on the release of Jamie and Gladys Scott. You can listen to the interview here: http://www.hereandnow.org/2010/12/30/mississippi-sister-robbery. Our original story on the Scott sisters–one of the first to appear–can be found here:  https://solitarywatch.org/about/for-jamie-scott-an-11-robbery-in-mississippi-may-carry-a-death-sentence/. Our thoughts on the reasons why Haley Barbour might […]

The following announcement was issued today by Haley Barbour, Governor of Mississippi, regarding Jamie and Gladys Scott. We were among the first non-local media sources to write about the Scott sisters case, back in March. The full story of their arrest and incarceration, and Jamie Scott’s struggle to stay alive in prison, can be found here and here, […]

Jamie and Gladys Scott are two young women from rural Mississippi who were convicted, on questionable evidence, of involvement in an armed robbery that netted $11, and were sentenced to life in prison. Jamie Scott is suffering from end-stage renal disease, exacerbated by prison conditions and inadequate treatment–so her life sentence may soon become a death sentence. […]

The case of sisters Jamie and Gladys Scott, two African American women serving life sentences for an $11 robbery that took place in rural Mississippi in 1993, has gained prominence in recent weeks. The case has a growing urgency, not only because of the unjust length of the sentence and issues with the fairness of the trial, but […]

Katfish’s blog posts appear on Tales from the Cells, a web site featuring writing by prisoners, maintained by Nikita. Katsfish–whose given name is Mike Harris–is currently serving time in FCI Yazoo City, a federal prison near Jackson, Mississippi. Before he was transferred to “the Zoo” last fall, he was in FCI Big Spring, in west central Texas. Although both […]

An article in yesterday’s USA Today suggests that there’s been a widespread reduction in the use of solitary confinement in state prisons. Its author, Kevin Johnson, has done excellent reporting on solitary confinement in the past. And everything in this article is factually correct. But some of its generalizations and especially its headline (for which the author cannot be […] 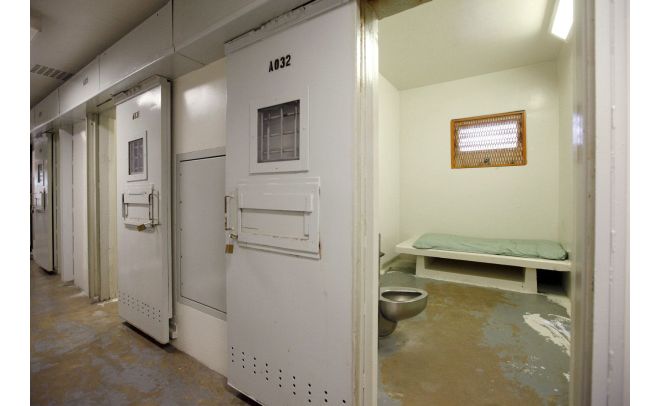 Even in a nation known for its draconian prison conditions and brutal lockdown units, the supermax portion of Mississippi’s state penitentiary stood out.  Critics and residents described it as a “horrific” and “wretched” place of “hopelessness and despair.” Or, as Chris Joyner described it last week in the Jackson Clarion-Ledger: Unit 32 was a nightmare, if sworn […]

After being convicted on questionable evidence, Jamie Scott and her sister Gladys received two consecutive life sentences apiece for a 1993 armed robbery in which no one was hurt and the take was $11. As we wrote back in March, this unwarranted life sentence is at risk of becoming a death sentence for Jamie Scott, who is gravely […]