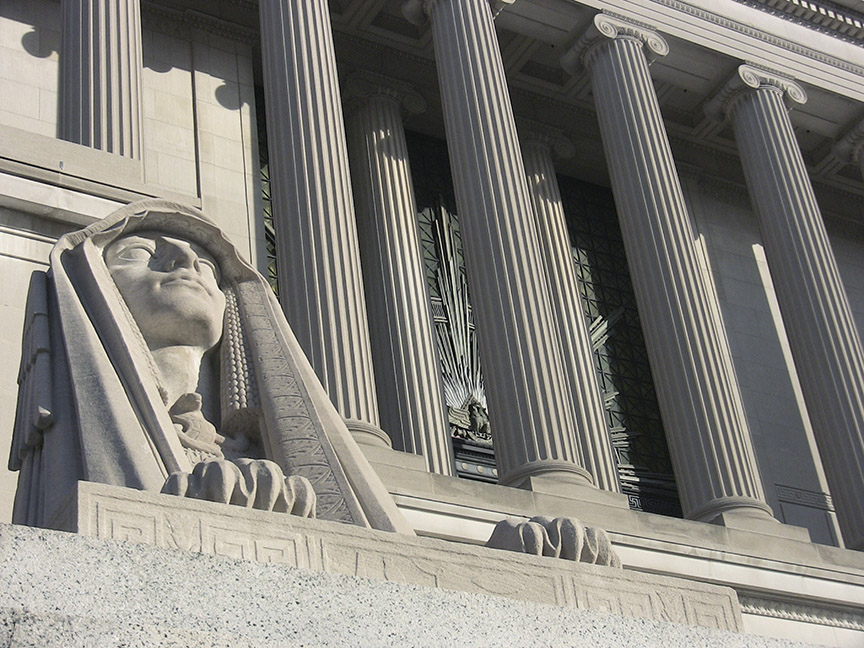 MASONIC TEMPLE—William
Tamms Year Ten received numerous requests for temples—including the Kaaba (sacred house) in Mecca, a Muslim mosque, a Moorish Science Temple in Chicago, Mecca or Africa and this one for the Masonic Temple in Washington DC. We are still looking for photographs of Muslim mosques if anyone would like to help! Photo by Allan Callander, 2013.