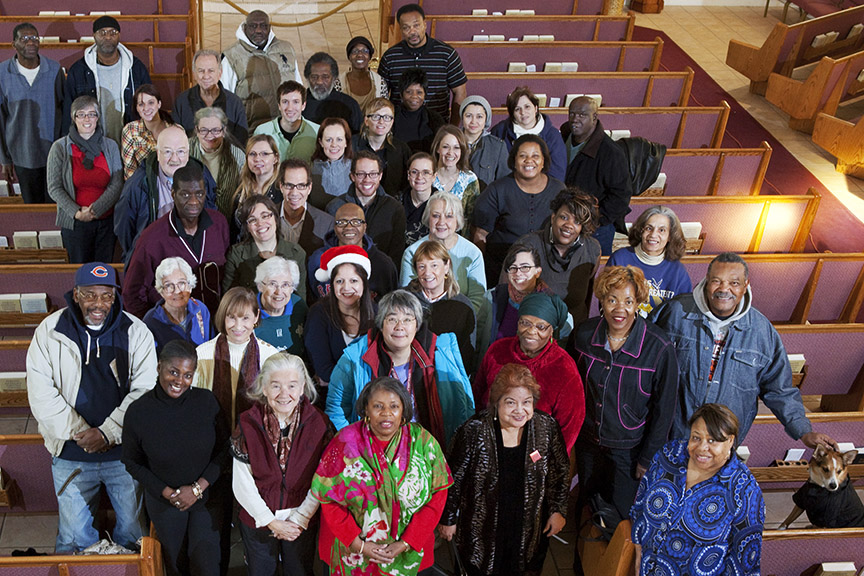 TAMMS YEAR TEN GROUP PHOTO—Tyrone
Several men asked for photos of the people of Tamms Year Ten. One asked for a picture of everyone along with “one thing about them individually like what kind of music they like.” Another said, “I’d just like to be able to put the faces to the names we’ve seen over the years so the humanity of each can shine forth—a name or a paper at the end of the day is still just a name on paper!” This group portrait was taken after a meeting at Chicago’s Progressive Community Center/The People’s Church with Pastor B. Herbert Martin, Sr. presiding. Photo by Lenny Gilmore, December 10, 2011.