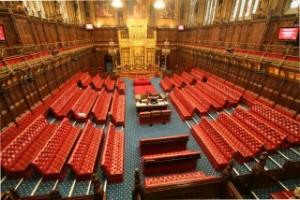 A Seclect Committee of the House of Lords is considering whether to recommend revisions to a US/UK extradition treaty that has landed British subjects in American supermax prisons.

In October 2012, five individuals were extradited from the United Kingdom to the United States to face terrorism charges. The transfer came after the European Court of Human Rights (ECHR) ruled that prison conditions at ADX Florence–where the suspects would likely be held if convicted–were not incompatible with Article 3 of the European Convention of Human Rights, which prohibits “inhuman or degrading treatment or punishment.” They did so based on assurances from the U.S. government, despite considerable evidence to the contrary.

All five men have ended up serving long pre-trial terms in solitary confinement in the United States. A series of additional extradition requests made by the US, perhaps most notably that of Gary McKinnon, prompted a national debate within the UK and triggered more recent parliamentary efforts to evaluate the existing US/UK extradition agreement. Last week, the House of Lords Select Committee on the Extradition Law received written evidence for the purposes of evaluating “whether [the Act] provides an effective and just extradition procedure.”

A group of experts who have studied the systemic due process injustices faced by terrorism suspects in the United States, including lawyers at the Center for Constitution Rights and members of the No Separate Justice campaign, prepared a submission, available here. Their evidence focuses extensively on the conditions of confinement endured by those charged with terrorism offenses, both before and after trial.

Their central findings with regards to conditions of confinement include the following:

• Link between detention in US supermax facilities and the military prison at Guantanamo Bay: “There is a continuum between US military prisons abroad and territorial US civilian prisons. Indeed, the ADX ‘supermax’ prison in Florence, Colorado, where extradited men convicted of terrorism-related crimes are often held, provided the blueprint for imprisonment at Guantanamo.”

• Conditions of confinement pre-trial: Prior to trial extradited terrorism suspects are often held on the Metropolitan Correctional Center’s (MCC) “highly restrictive” 10-South wing. Individuals on 10-South are held in almost complete isolation and are often subject to additional restrictions known as Special Administrative Measures (SAMs). “Given the harm that solitary confinement inflicts on mental health, defendants have a strong incentive to preserve their sanity by accepting a plea deal that will relax the conditions of their confinement, irrespective of the merits of the case.”

• Conditions of post-conviction imprisonment: Upon conviction, these individuals are often transferred to the federal supermax prison, Florence ADX. Human Rights Watch has noted that prisoners at ADX can be subjected to “years of confinement in conditions of extreme social isolation, reduced sensory stimulation, and rigorous security control.” Convicted terrorists at ADX are often held on “H-Unit” under additional restrictions, including SAMs.

• Concerns regarding the ECHR Decision in Babar Ahmad & Others v. the UK: The process by which the ECHR reached its decision in this case was flawed, namely, “the US Department of Justice provided misleading data on the length of time terrorism convicts are held in solitary confinement at ADX.” The US also submitted other misleading evidence, e.g. that there is significant communication between staff and prisoners at ADX, and that ADX prisoners are able to communicate with one another.

The deadline for submissions to the House of Lords Select Committee on the Extradition Law comes as a sixth British man, Haroon Aswat, awaits the final word on whether he will be sent to the United States to face terrorism charges. In April 2013, the European Court of Human Rights stayed his extradition under Article 3 of the Convention, finding “there is a real risk that the applicant’s extradition to a different county and to a different and potentially more hostile, prison environment would result in a significant deterioration in his mental and physical health.” Aswat has been diagnosed with schizophrenia.

The US Department of Justice subsequently provided assurances that Aswat would have access to mental health services if held at MCC, prompting the British High Court to rule earlier this month that his extradition may go forward. He will be transferred into US custody unless the British Supreme Court intervenes.

The authors of the submitted evidence note: “Haroon Aswat’s case points to the underlying weakness of assurances as a remedy for concerns about the treatment of terrorism suspects in US prisons. No mechanism is available for verifying the claims made in the assurances. Even accepting the validity of the assurances at face value, they offer inadequate remedies for the inhumane conditions within ADX and MCC. Unfortunately, the British and European courts have not fully recognised the severity of those conditions, the secrecy that surrounds them or the threats to mental health they present.”