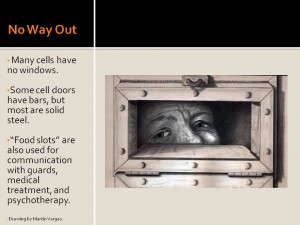 We encourage educators and advocates to use, share, and customize the presentation according to their needs (for non-commercial purposes only, with proper attribution to Solitary Watch). No advance permission is necessary, although we will appreciate hearing about how you are using the presentation, as well as any suggestions for improvement.

What Will It Take to End Solitary Confinement?

by Events and Announcements